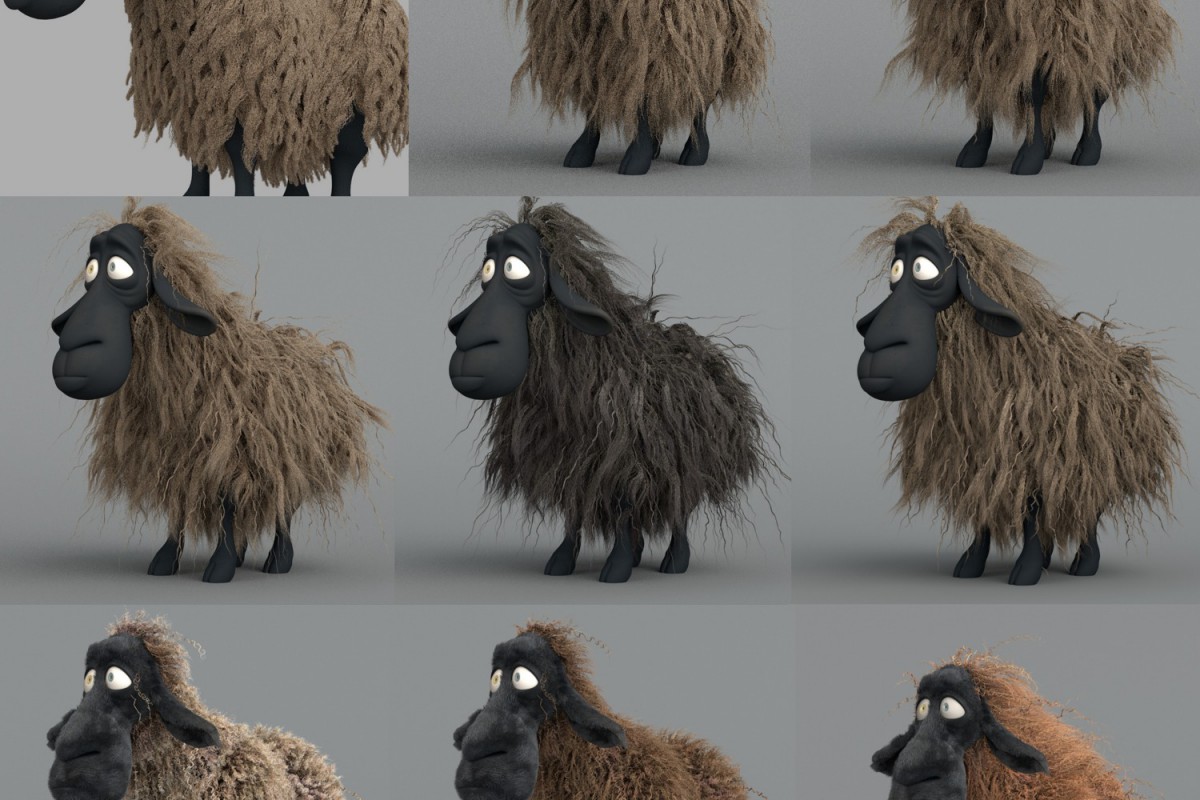 Does anyone else still feel weird writing 2015? But, indeed, the new year is upon us — and with it a new weekly! Check out where the project and the gang are as Cosmos Laundromat heads into production in the first weekly wrap-up of 2015 (45 minutes long this time)…or just skip to the highlights below.

We did a very silly thing during this week’s round-up: we forgot to present Angela’s work! She’s been hard at work finalizing the dragonfly model, and both models of Franck (caterpillar and sheep) — and in thorough Angela style, she’s created a series of infographics to lay out the changes! Check out a line-up of all 3 jungle characters side by side right here, plus Angela’s take on Victor’s facial expressions, and then head to the Blender Cloud to see 4 more Angela infographics laying out the model changes (and some final models) plus a .blend file of Victor’s facial models you can play with yourself! 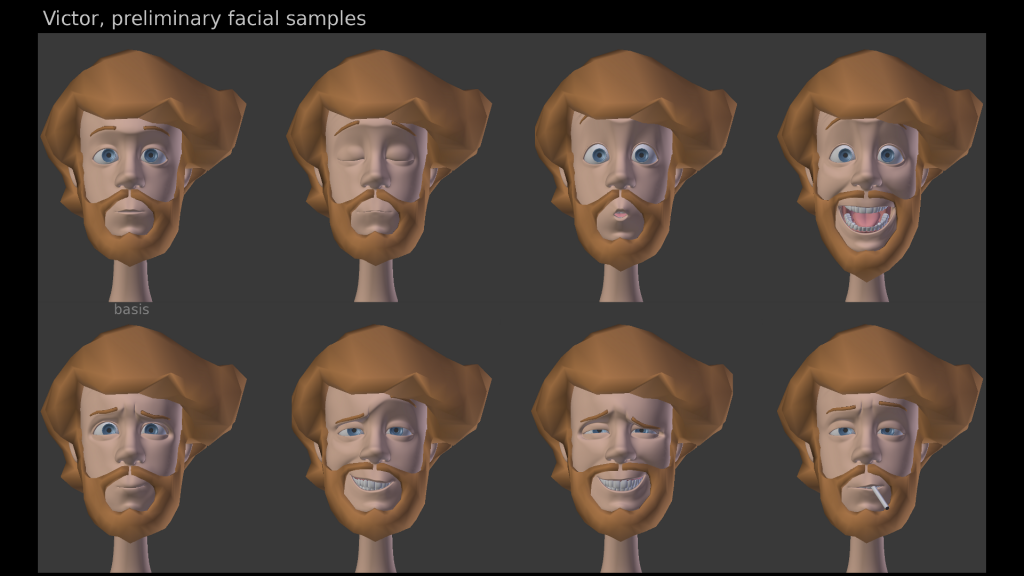 Sarah has tweaked and finalized Franck’s caterpillar model to get him ready to go to Daniel for rigging. Note that, in addition to the facial changes, the antennae are droopier so that they look more like sheep ears. 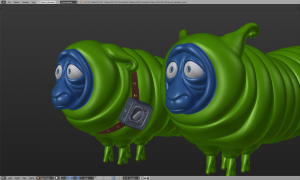 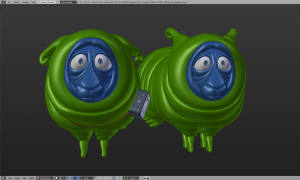 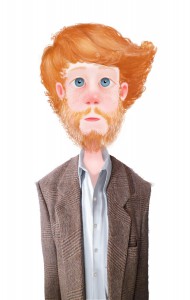 For his first week in the studio for this project, Andy has begun grooming Victor’s face based on Sarah’s concept (above). Click through the images in the gallery below to see how Victor’s face has evolved over the week, step by step. 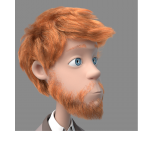 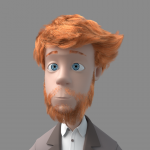 Getting the eyebrows right was one of the trickiest parts 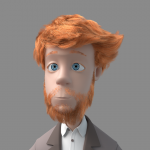 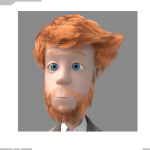 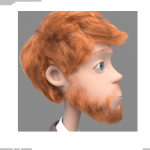 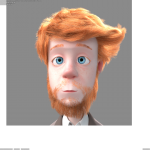 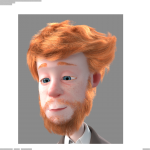 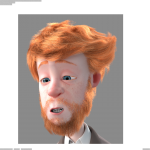 These expressions are based on videos of the actor playing Victor… 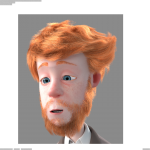 Next week: onto the clothing and other details!

In addition to her briefings for Victor’s face and Daniel’s rig, Sarah also refined Victor the sheep’s concept for Manu to build upon (with texture). Note that Franck now has different colored eyes to make it easier to follow him from body to body. 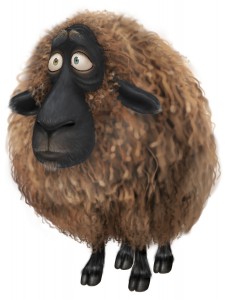 Manu has continued working with the new hair system, testing it out on sheep Franck to give him a fuzzy face and ropy fur. His conclusion thus far? “Hair is not easy.” 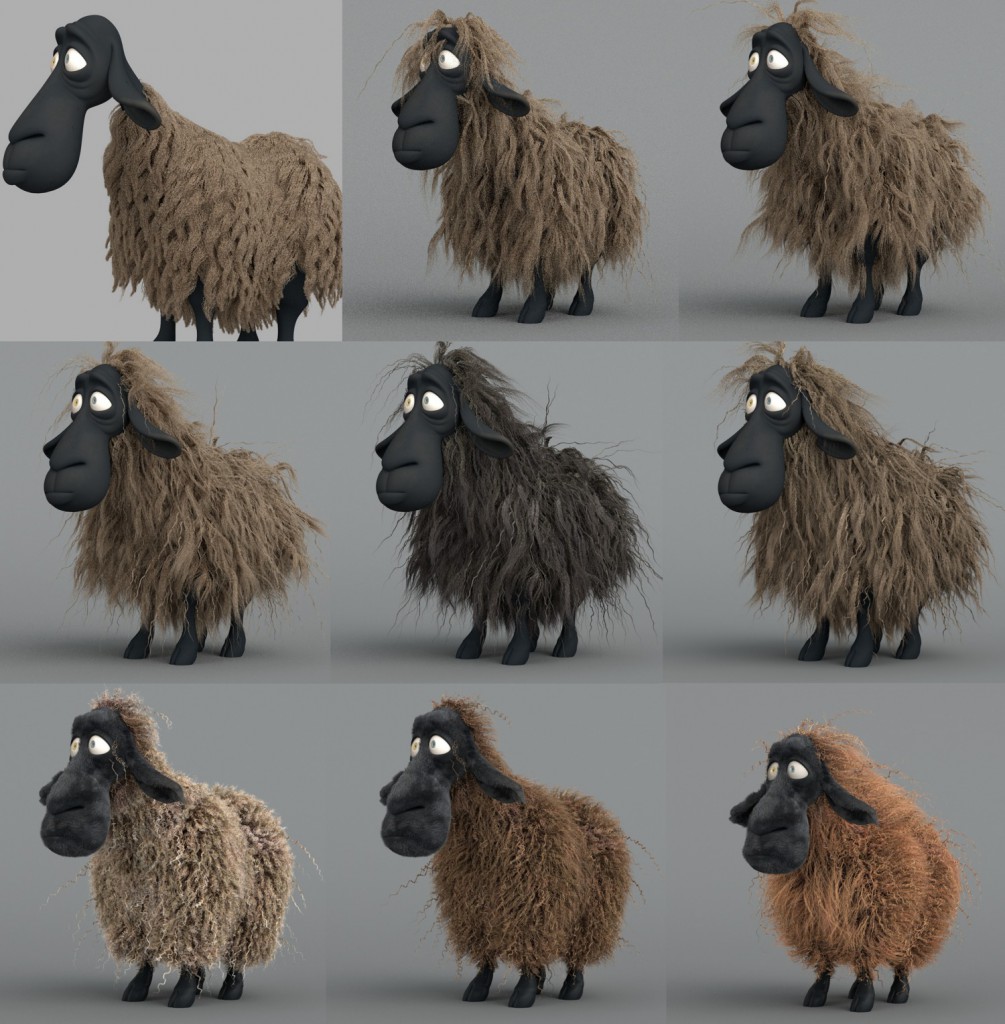 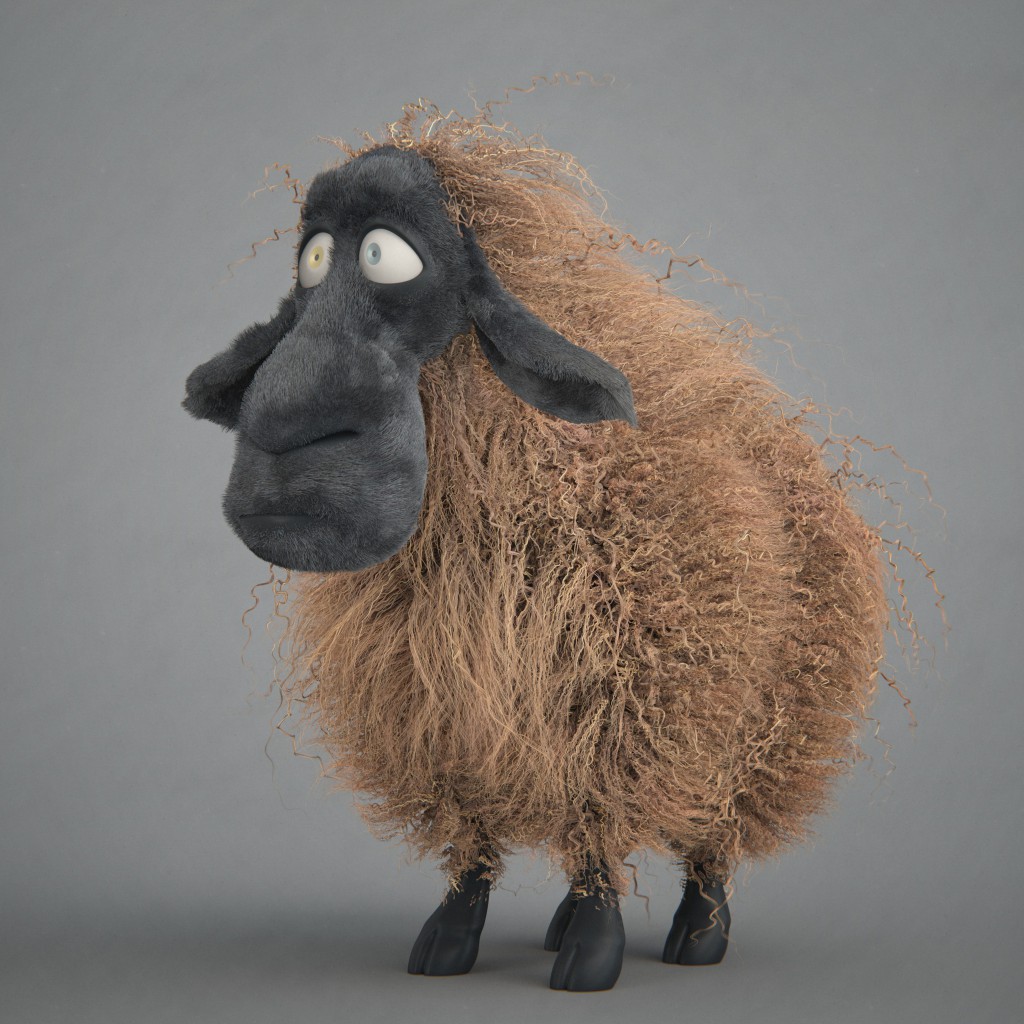 Let’s Get Riggy Wit It

In addition to Juan Pablo’s new Victor rig, Daniel has also been busy rigging in Costa Rica. His task? The caterpillar! So far he’s started tackling the spine, based on input from Sarah. But he’ll tell you all about it himself:

Speaking of the Victor rig, Hjalti has started experimenting with it. First, two iterations of Victor’s walk cycle (see video below), using reference footage from Victor’s voice actor, Reinout. You’ll notice in the first that Victor is walking a little too far on his toes, but after some trial and error and feedback from Mathieu (“feminize his walk very slightly”) Hjalti put together the second version you see here. A lazy swagger he calls it, borne of Victor’s deceptively long and not-so-easy life — as a character he’s confident…but also a little bit desperate.

Hjalti also began testing Victor’s climb out of the washing machine at the end of the pilot. At this point, the focus is getting the posing right rather than a totally smooth animation.

In the weekly Hjalti mentioned he shot reference material, and some of you asked how he created the “washing machine” opening. Well, here’s your answer: