This 3D model embed was made possible by the Cycles engine baking capabilities currently available on the Blender development builds and by the folks at p3d.in. Make sure to hit the full screen button for maximum enjoyment! The source files for the caterpillar scene can be found in the Blender Cloud. In this article we will talk […]

Campaign wrap up – the Pilot

After almost 2 months of campaigning it’s time to make some final conclusions about the results sofar. I think it’s fair to do this now, and not whip up a lot of energy and stress to make it to the final goal in just two days. Let’s wrap it up! The conclusion is clear: There’s […] 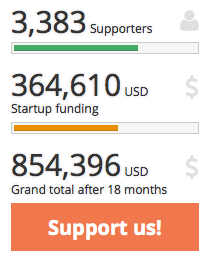 Supporters A supporter is someone who decides to support the project by donating about $225 for a film credit, paid in advance or in monthly terms via subscription. For teams and companies we offer group discounts (25 to 40%). In total we added about 250 Supporters this way. To weight our Bronze/Silver/Gold sponsors similar to […] 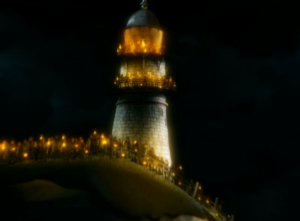 I took an hour to copy quotes from emails I’m exchanging about Gooseberry recently. Just to share with everyone how much Blender and our films mean for people. (USA)  You must already know that the dev community you’ve got is MUCH more responsive, professional and humane compared to any other out there. (…) The Blender […]

Writer Esther Wouda and director Mathieu Auvray meet in a Paris Laundromat to discuss the writing process of the Gooseberry Project.

After the sprint to get us over the 3000 mark, we’ve had quite a relaxed week. That doesn’t mean we’re sitting still! Everything is (and keeps being) targeted at driving more traffic to the Gooseberry campaign site.  This will get built up during the next few days, and increases in the course of the coming […] 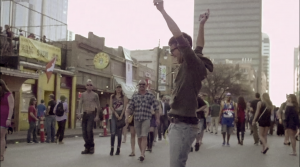 In the past four days we had a big boost in our funding – we passed the 50% startup funding  target, and passed the 3000 “Supporters” milestone (which is people who subscribed to Blender Cloud, or who pledged for a film credit). Plan B – just do a great short film together – goes to […]

By Pratik Solanki,  from our partner Studio Vivify in Mumbai, India.