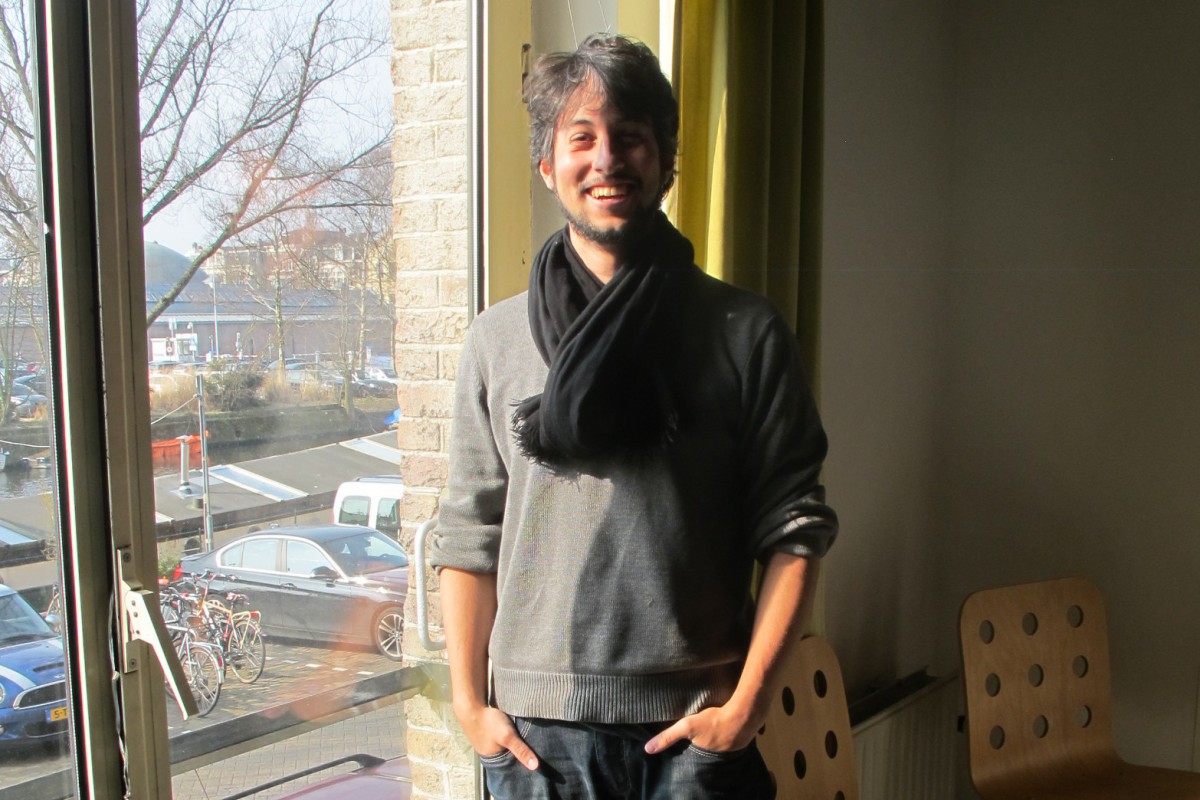 For those of you familiar with the Blender development scene, this is a familiar face! Dalai Felinto, normally found in his hometown of Rio (a little village in Brazil you might have heard of), is in the Blender Institute studio this week wrapping up the MultiView project in advance of his poster presentation on the BlenderVR framework for the Blender Game Engine at the IEEE VR 2015 in Arles, France next Wednesday.

Dalai has become a well-known Blender developer since his first major project, Fulldome (with the fish-eye lens). He has especially contributed to Blender’s game-building capabilities, from FPS navigation to his book on Game Development in Blender (in the Blender Store). He’s also been a regular speaker at the Blender Conferences – this past year giving (co-)talks on choreographing drones and the current project: MultiView with stereoscopic 3D (a project covering the whole pipeline of stereo 3D; see vid below for an overview of this project’s status before this week).

So will any Cosmos Laundromat shots be rendered in stereoscopic 3D? And, if so, which ones? The discussion is already underway…