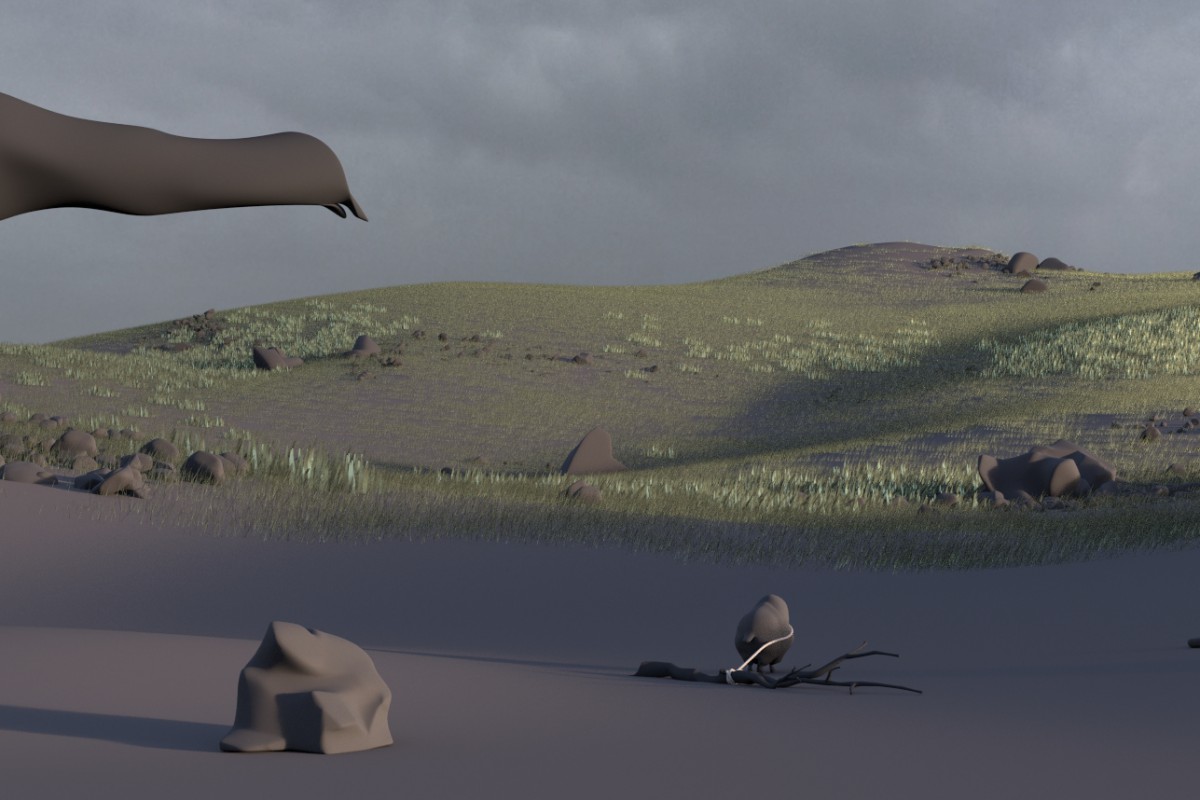 The year is coming to a close, and everyone is going (has gone) on vacation. Meaning: this is it for 2014! This weekly started two hours early (a) so that Mathieu could participate before leaving for France and (b) so the rest of the team could leave early for a studio trip to see The Hobbit: The Battle of the Five Armies in IMAX 3D!

Now, just a handful of people remain in the studio, and there won’t be another weekly until January. So let’s take a look at what Father Christmas (aka Team Gooseberry) has laid out under the tree to close out 2014…

We started the weekly with a look at the full animatic…which has changed dramatically since last week:

Watch the beginning of the weekly video above for Mathieu’s live commentary, or find this version of the animatic whenever you like on the Blender Cloud.

Angela has been making more model improvements — this time to Tara! Check out the Cloud for another Tara infographic…involving teeth.

Manu has been working on grass with Lukas, creating mock-ups of island scenes like this one (and the three others you can check out on the Cloud). Manu of course wants to emphasize that his final versions will include a LOT more of his magical details.

Lukas has been further developing his hair and grass physics features (with Manu’s help dutifully crashing the system as much as possible to help Lukas make it better/faster). He’s also created some presets for the hair dynamics (stiffness, damping, etc.) In the video here you’ll see a more realistic reaction to both steady and buffeting winds. Manu’s then applied this to a slice of the island grass. More refinements to come, but see what they’ve done so far: Antonis has continued his work with face maps, a new type of Blender vertex group (the blue areas here). He’s added a toggle for face maps, which can now each be directly linked to a bone with the same name. This is meant to replace custom bones as a rigging tool to move invisible bones, but it is still a work in progress.

Manu has been working on a logo for BAM — this is not the final version, but you can see where he’s going!

Campbell and Bastien have, like most of the office, returned home for the holidays. Only…they won’t be coming back (any time soon). Never fear, though: they’ll still be knee-deep in Blender work from Australia and France, respectively! AND there will be more new faces in the studio to replace them in the new year. Watch this blog to find out who will be joining us in Amsterdam next!