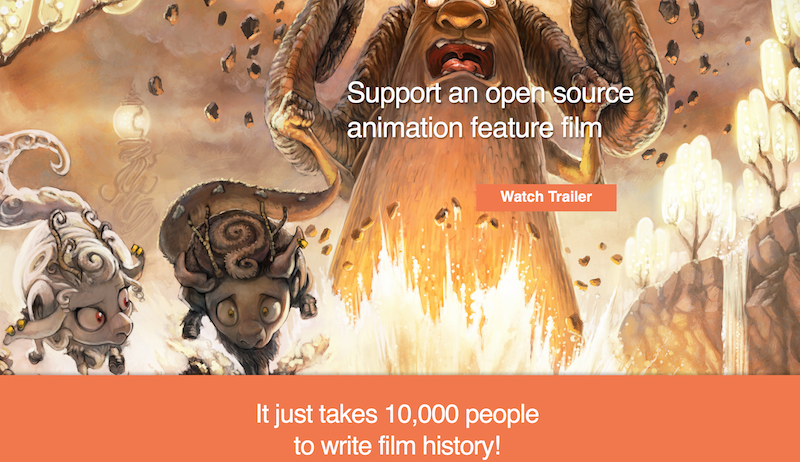 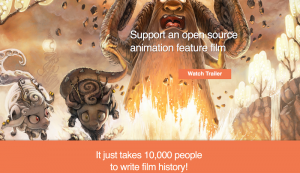 1) Even when you get big movie stars on board, or do something to tickle adolescent testosterone, your film funding is not easily going to get more than 500k dollar. Animation film even much less.
The minimal budget for making Gooseberry has been realistically estimated to be 3.5M. Minimally! Optimal would be 6M euro even. (Multiply this with 1.35 to get USD). We can cover with own resources (subsidies, big sponsors) about 1.6M – which means we should try to get 1.9M crowdfunded. That’s not very feasible really.

2) What the popular crowd fund sites don’t have is:
A huge community of people who like to be involved, share and cooperate.

Blender.org gets 40-50k unique visitors daily, about 2M per year. That’s really huge – so why bother trying to get some dollars from film fans on Indiegogo, if we have our audience already right there at blender.org?

3) Traditional crowd-funding perks are not much related to making the film, nor engage or involve an audience really. If it takes 2 years for you to get a film or film credit, how motivating is that to spend your money on it now?
We can do better – and especially if we use the Blender Cloud as the platform where the Gooseberry teams cooperate. We then can give our donators access to the same facilities to peek inside the making-of-a-film as if you were actually working in the project itself.

And last but not least: Blender is really about PEOPLE first, not about money. I would like to see the commitment and interest of actual Blender users to support us, which is much better than a couple of millionaires or film investors to provide the cash.

So that’s why the target “10,000 people can write film history”. I’m challenging you out there… do you think we’re worth getting supported for 1.5 year by you, for a humble 10 euro per month? Do you think your support is well rewarded by getting a lot of new development for Blender, AND help a dozen of small indie Blender studios to be growing, AND get all of the stuff they make for you free to use, AND get ways to get involved or participate, AND even get a great movie in the end?

Then just consider to subscribe to the Blender Cloud as Gooseberry supporter – and brace for an exciting 2 years to come :)