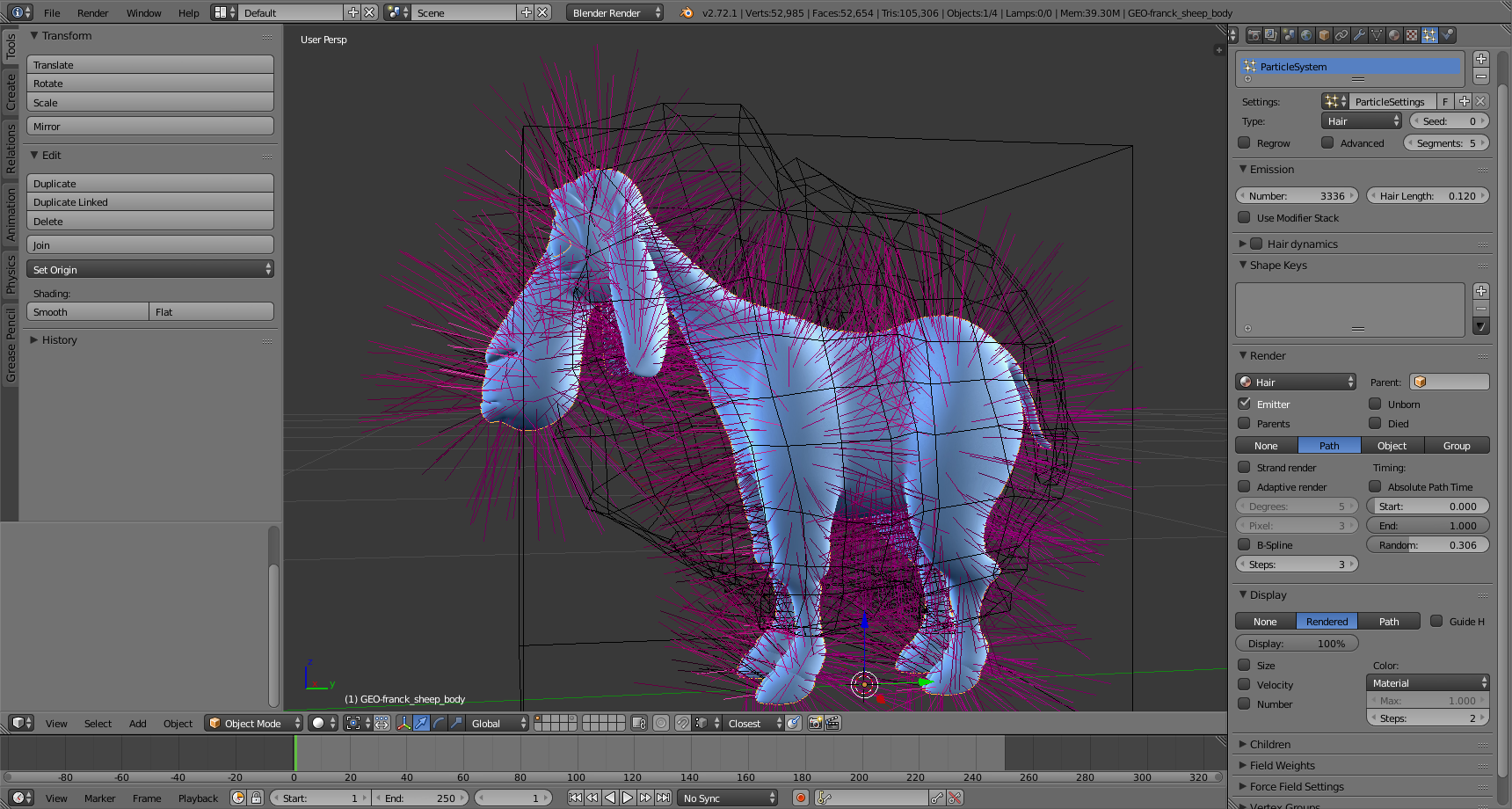 In a hurry? Here are the highlights:

Hjalti realizes part of the animatic in 3D: Franck struggling with his new caterpillar form. This sequence is now ready for Mathieu’s direction – what needs to change before moving forward? 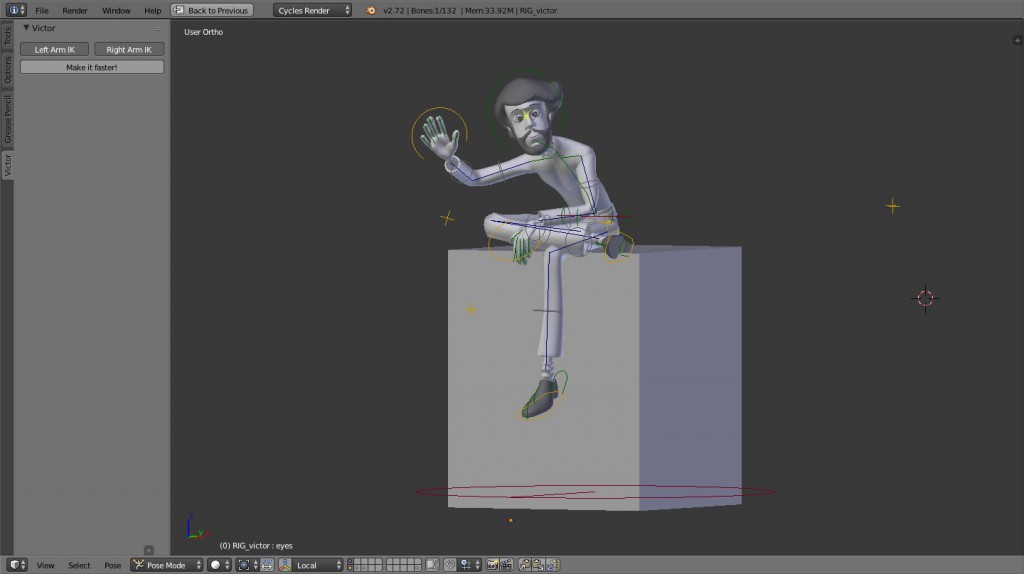 Daniel’s got Victor fully rigged and ready to roam. 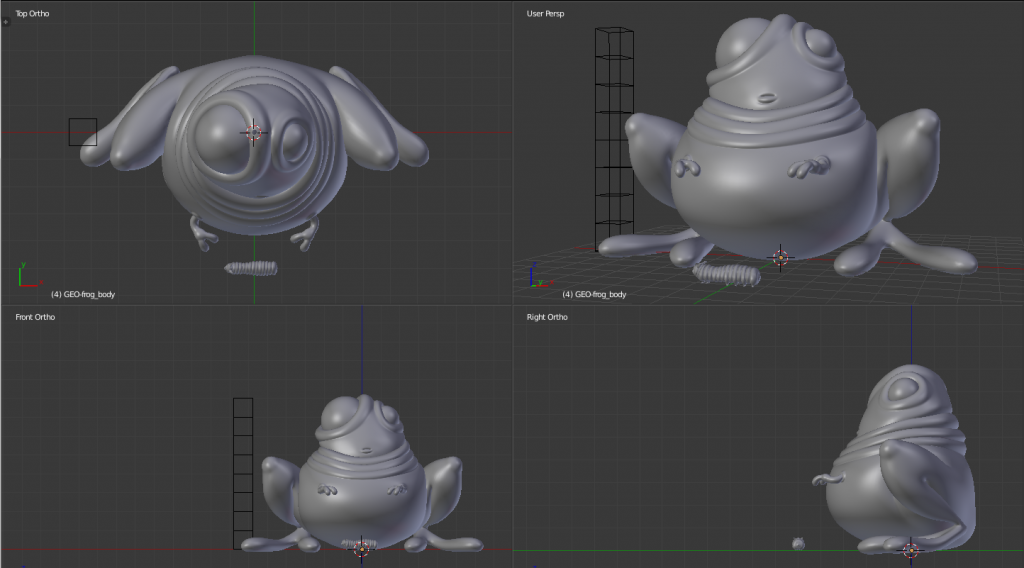 Angela has modeled the scary frog who tries to eat Franck in the jungle world. The model is a spot-on interpretation of Sarah’s concept, but the animators say it will need some tweaking to make rigging feasible.

Lukas tests how force fields and smoke work together to test the building of the sheepnado that will suck Franck into the Cosmos Laundromat worlds.

Lukas also had some fun taming Franck’s hair this week… First, to get a sense of proportion, he used Angela’s “bald Franck” model as a base. But the “hair” still grows wild: 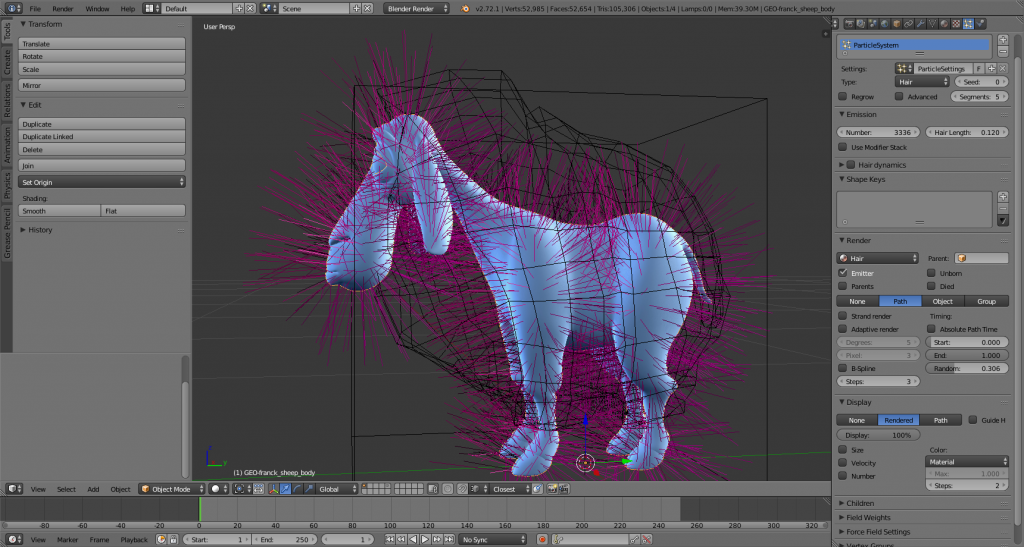 Franck gets a haircut, BEFORE

Using this, he could cut the hair to the mesh boundary: 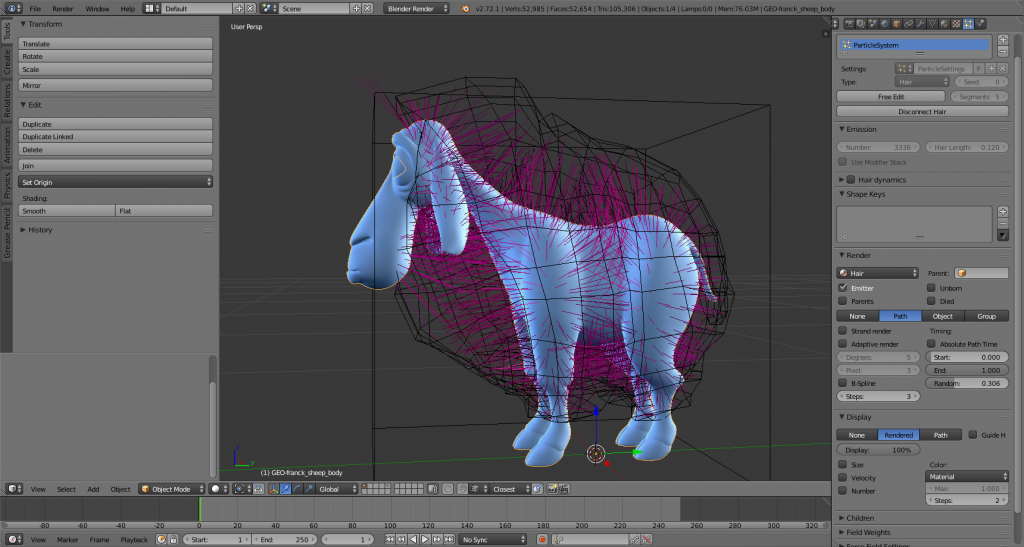 Franck gets a haircut, AFTER

However, the hair still needs to be taught to obey gravity!

If you’re following our director Mathieu on Instagram, you might have also caught this glimpse of Franck’s hair, full of fluff and wind:

This week, 6 professional voice actors read for the roles of Franck, Victor, and Tara. There will soon be an official announcement about casting, but so far we can say that the characters have become more real than ever after seeing them brought to life by these pros!

There is a new final version of the script! This time the edits focused on fleshing out the relationship between Victor and Franck, which is really what sets the stage for the whole story. See the latest version (and the previous versions) on the Blender Cloud!

What do you think of the development so far? What do you hope to see more of/learn more about?