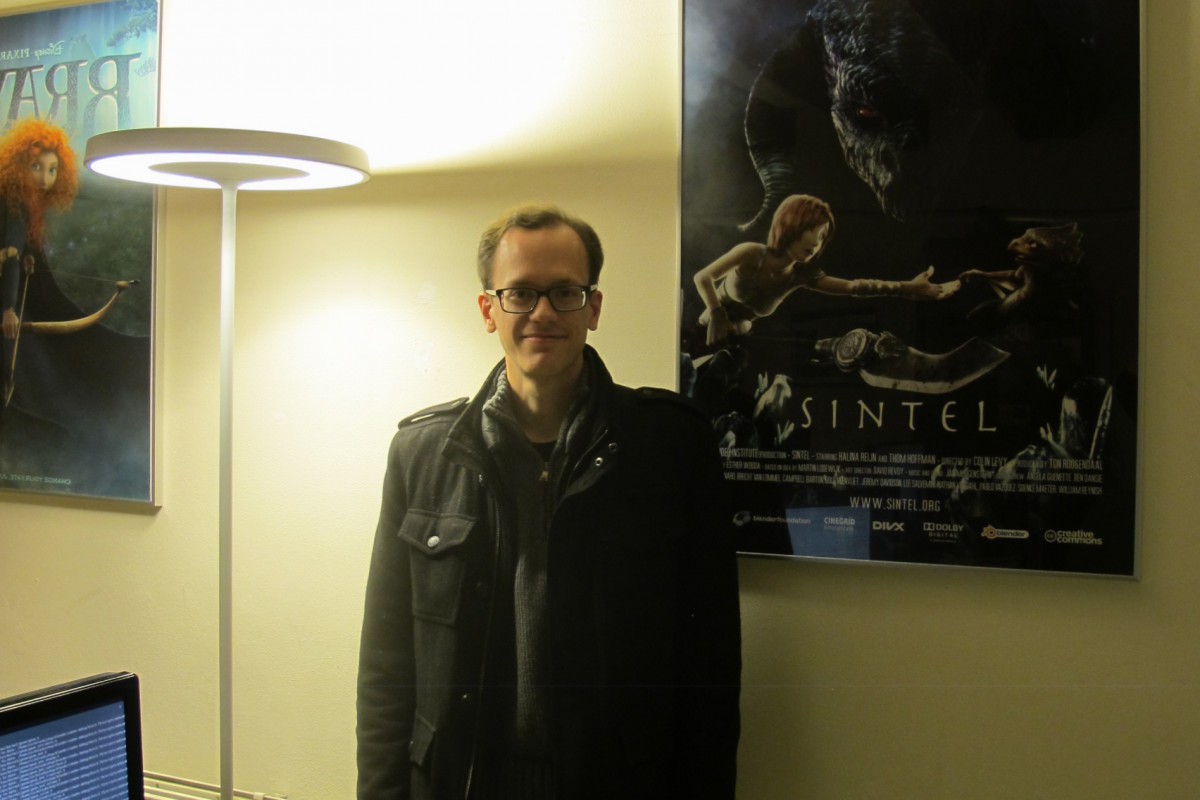 Today is the first day back in the studio for most members of Team Gooseberry — including two new faces (for this project)! 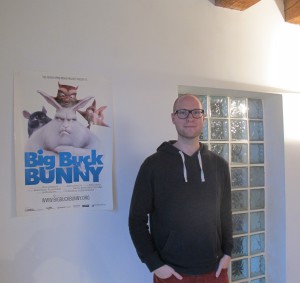 If you’ve been following Blender for a while, you’re probably already very familiar with our first “new” face: Andy Goralczyk. He’s been working with Blender for about 15 years now (since he was in high school), has attended every Blender Conference, and has worked on previous open projects Elephants Dream (the first), Big Buck Bunny, Tears of Steel, and Caminandes 2. The studio has been eagerly awaiting his arrival…but first he had the little matter of wrapping up his graduate degree in Media Arts at the College of Arts & Design in Karlsruhe, Germany. Luckily for us, that was completed in November with the three-day exhibition of his (Blender-designed) 3D-printed robotic garden. (Which some of you probably saw him discuss at the Blender Conference.)

Now, for Cosmos Laundromat, he will work on a combination of texturing details (starting with Victor’s facial hair) and the important “finishing touches”, from shading and lighting to compositing and rendering. Meaning he’ll be on board through the end of the pilot production…and perhaps longer. 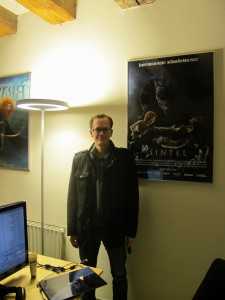 The other new face in the office belongs to developer Nicholas Bishop — originally from South Carolina by way of Brooklyn, NYC (with a stop at the University of Maryland to pick up his degree in Computer Science). Nicholas is joining us for six weeks to work on integrating Ptex into Blender Cycles. (First step: Learn Cycles!) If you’re not familiar, Ptex is a Disney-created tool that has gone open-source, and basically offers a better texturing workflow combined with UV mapping.

Those of you familiar with Blender community developers might know Nicholas as the guy who wrote the first sculpting tools for organic modeling during the 2006 Summer of Code, adapted from his personal open-source tool-building experiments. Since, he has contributed to tools for modeling, topology, editing, etc. Now he’s been asked to come to Amsterdam and finish the Ptex-integration project he started years ago…and add his face to the line-up for the next six weeklies!