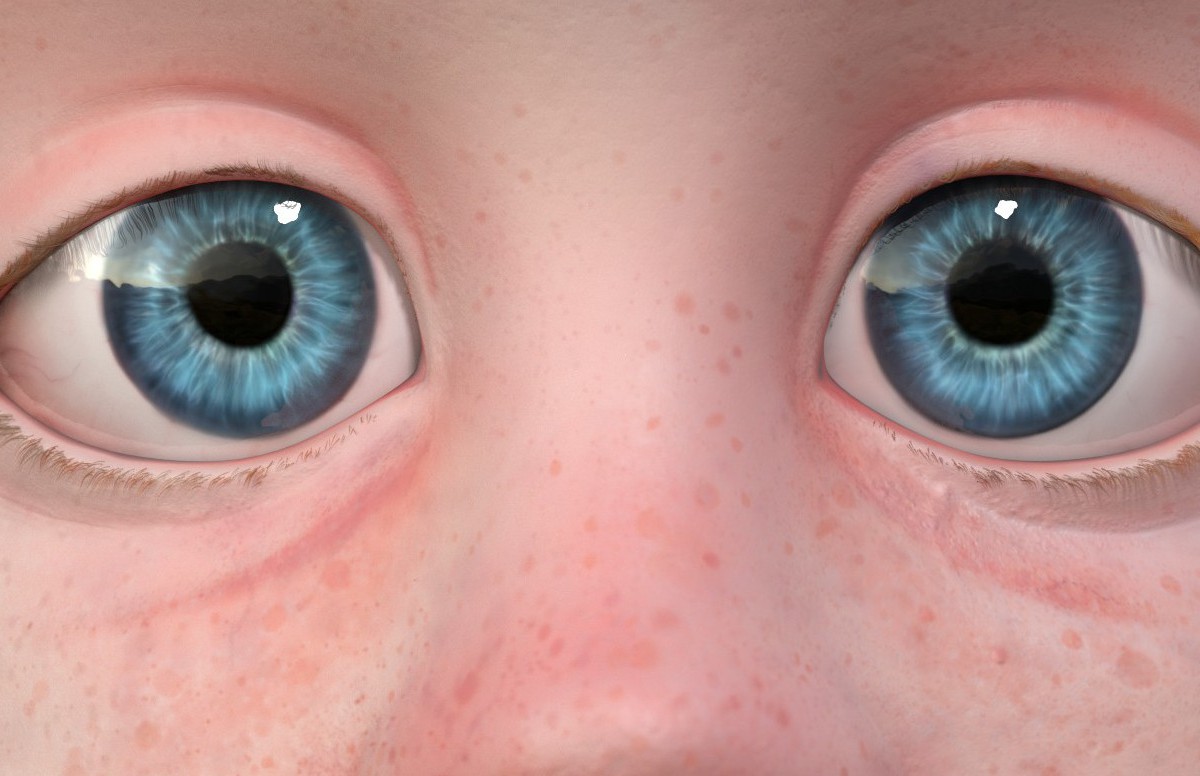 This week brought with it a new pilot intro, footage of the voice actors bringing the characters to life, increasingly polished models and animations, and more. Watch the full weekly show-and-tell in the video right here, or just skip to the highlights below!

Not only has the script changed dramatically since 2014, but the actual actors’ voices have been worked in. No placeholder recordings anymore.

In Mathieu’s new cut of the opening island sequence (up to just after the moment Franck finds himself in a caterpillar’s body) there’s a new (brutal but funny) opening scene, new jokes, and a lot of actor footage that will be used by the animators as reference. Watch this new version in the weekly video above, or watch the clean version on the Cloud (without running commentary from the Gooseberry rabble).

Andy’s been a busy guy this week getting Victor camera ready with some bumpmapping and additional detailing. Check out his work here…and find the other 8 Victor renders (with different angles), 4 early shots of Victor in his textured jacket, a lipsync screenshot, plus some UV mapping of his clothing on the Cloud!

Of course he started with the windows to Victor’s soul…and this stunning render. And here you can see Victor’s lifelike red locks from the back. Check out that ruby sheen! (Note: More tweaks likely to come before this model is finalized.)

Andy continued his rendering fun with some animation as well! Here’s a before and after of his first render of Hjalti’s lipsyncing test (without sound here guys, sorry) where squiggly cartoon hair becomes quite human hair. (BTW, look out for a separate post with a longer video of the multiple phases behind this 2.5-day test animation, including actor references, this week!)

In addition to the lipsyncing tests (again, more on that this week), Hjalti toyed some more with the final scene, where Victor crawls out of the washing machine. As last week, the positioning is still more important than the fluidity of the motion at this point — and that positioning continues to be tricky with those super-long limbs!

Manu’s also been busy grooming…Franck the Sheep! Starting with the head, he’s been adding texture and plenty of fuzziness, working on the entire face from the eyes to the inside of Franck’s mouth. In his folder on the Cloud you’ll see some renders and all his UV mapping, but here’s a peek at his progress, turntable style:

Bringing the Jungle Characters to Life

After her caterpillar paint job, which you should watch in timelapse if you haven’t yet, Sarah turned to making her painting a 3D-modeled “reality”. Here’s a peek at Franck’s new face. For a full-body view, additional concepts, and UV mapping, check out Sarah’s folder for this weekly on the Cloud!

Here’s another preview: a partial turntable render of the finished (for the week) product: Sarah also started detail work on Tara’s model, based on this final model delivered by Angela. …On which she painted this concept for further development. (Tara is also getting fur!)

Subtle changes to the model include pulling the lower jaw slightly forward so that Tara’s expressions can be better seen from various angles and grading the edges of the pupil for a softer look. Next up: the body. (Expect more fur!)

Pablo, just back from more than a month back home in Argentina, jumped right on this. You’ll find his shading experiments and UV maps in his folder for this weekly on the Cloud, but here you can already see how he translated this concept to 3D: Here’s where Tara stood at the end of the week, wings and all. (This will of course change — remember that fur!) Just for fun… Here’s what Tara would look with Victor’s eyes! (Look at Sarah’s concept above to see what they’re supposed to look like.)

What Pablo learned this week: If UVs have the same name, they will likely be automatically merged in Blender instead of creating a new layer. This can be handy…or very frustrating! Either way, it’s good to know.

Also on the Blog Last Week

It was a busy week for the blog! After Monday’s recap of the previous Friday’s weekly…