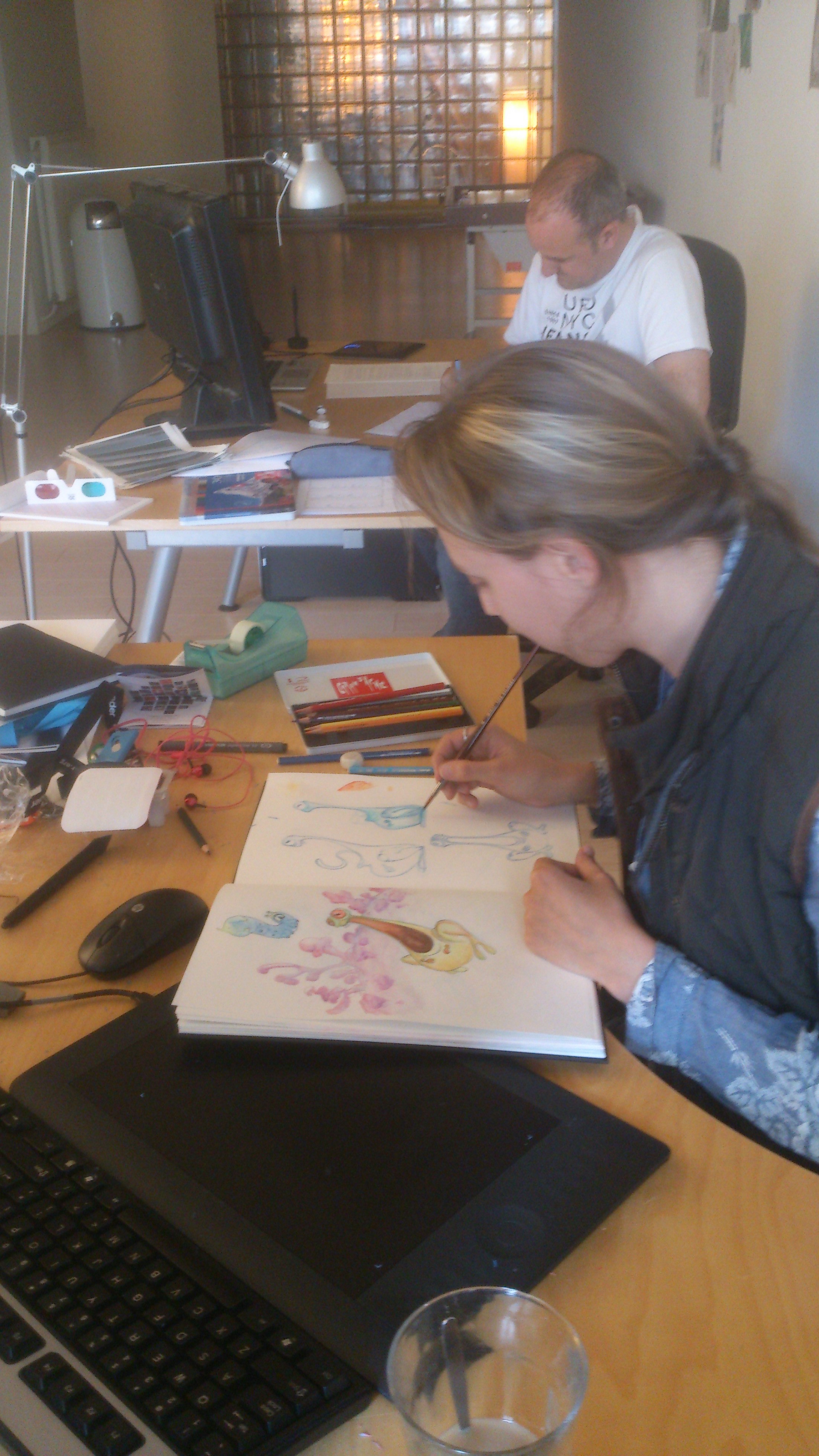 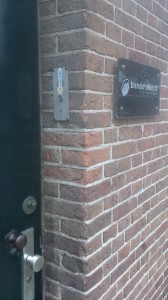 It has been an awesomely productive week. Leaving my silent and somewhat lonely office in Stockholm I arrived last Wednesday to vibrant Amsterdam with a slight feeling of thrill. During a week I would stay at the Blender Institute and see how the Gooseberry production goes, who works here and talk to people. All this should give me some input and become the foundation for developing the PhD dissertation project that I am working on (very prelimiary title: “Open-source in cultural production: animation in the network society”). I want to write about the mechanics of producing an “open movie” through following a real, on-going production and exploring the culture of making and sharing of the Blender and Synfig communities. Time will show whether this goal is too ambitious.

My research method is ethnographic – meaning that knowledge and theories are built through immersion in the environment or project being researched. This may sound simple in theory, but it is a bit of an unpredictable social experiment. How to approach people whom you have never met? How to melt distance? How to integrate in the environment without disturbing people’s work? Without knowing much about the codes and culture, and even sometimes the language of communication – it was a sort of a teleportation in another reality…I will lie if I say I was not nervous the first day when I arrived.

The first thing which struck me was the informality, friendly atmosphere and openness of the team here. It is not uncommon that scholars researching the media industry (especially TV and film productions) need to spend months to obtain written agreements with people about secrecy, anonymity and non-disclosure of information – all things that put limits both to what can be researched and who can be approached. My experience was quite the opposite. Starting from a rather ad-hoc quickly planned trip after a brief email exchange with Ton, landing my first day in the Blender Institute I was met by the informality and welcoming atmosphere created by the people here. 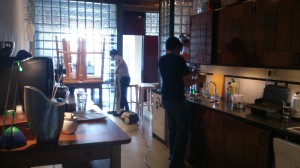 The blender kitchen – work in progress.

The official roles which everyone in the production has – director, animator, production coordinator, artist, etc. give a structure to the process and create flows of collaboration. This division is though not absolutely solid and can fluctuate depending on the current needs of the production. Everyone in the team has a broad range of skills, much beyond a narrow-niche specialization that assigning a role in the production gives. This helps to work on broader amount of tasks and make the production both more efficient, and richer in what it can produce. In the same time this division seems to blur in the more banal moments of the production day and the general everyday life of people. Sharing flats, sharing cleaning, sharing an open office space, cooking dinners for 10 people, fixing broken things and dishes helps to make bonds, blur hierarchies and cultural barriers in the otherwise very rich in different nationalities team where most of people have never met before.

Small rituals and rules make life under production easier for everyone – from rotating weekly in the role of the MonkeyButler who fixes the kitchen – to buying candy and beer on Fridays for the weeklies – this all seem to help integrate people and create a smoother flow. Of course, everyone admits that the smootheness and calmness are probably temporal – it is still pre-production time and things would get more intensive soon.

One aspect that I was curious about was to see the flows of communication, and how does something get published online. Was there any process to that? Or things were happening spontaneously? How does all this beautiful artwork make it to the Internet and what remains behind the curtains?

The production rhythm is set by the 5-day working week, which starts with a kick-off on Monday and finishes with the weekly meeting on Friday where everyone reports the progress from the week. This helps create a work routine, a sense of completeness and a feeling of achieving a small but significant step, a fragment of the whole that brings everyone closer to the final goal – the film. This rhythm sets also to some degree the pace of communication outwards. More things might appear towards the end of the week, when the goals set in the beginning start to take shape. For example, the tornado image which David Revoy made arrived on Thursday from his office in Toulouse, and after a spontaneous get-together and a moment of admiration around Francesco’s screen the image was promptly shared on the Gooseberry blog. So, there is no really structure to the publishing process, and no sort of censorship (except perhaps a pinch of self-sensorhsip up to each team member). 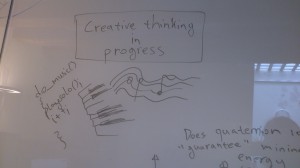 The sharing of material was very interesting to observe in relation to the Friday weeklies. Despite that what is reported is work in progress there is a sense of importance and rituality to these meetings. Already on Thursday everyone was thinking not only about the ongoing work or challenge to be solved, but also on how to communicate it to everyone in a comprehensible, and visually appealing way. Here it seems that the people working with the technical part experience the greatest difficulty, as they need to find inventive ways to visualize their work on coding very complicated stuff. This is undoubtedly a double challenge, but music and humour helps :)

Of course, work is not always smooth and fun, tensions might grow, exhaustion might take over, or a sudden creativity block happens. But being open with the problems and talking through them helps move constructively onwards.

The biggest challenge is though perhaps to negotiate private lives, the displacement for long periods of time from one’s own country and close friends. Many have left behind their private lives for some time in the firm belief in the value of what they are doing.

The greatest value of my stay here was the possibility to see for real the dynamics between artists and developers, and personally talk for an hour or so to each member of the team – to learn their stories, their Blender “careers” and how different the paths of joining the community, and the Gooseberry project team can be. I will need to write a different blog post on that, but it was exciting to realize the concentration of talent, experience and skill in this production.

I also learnt a lot about the craftsmanship and enormous work being done here to make a few seconds or minutes of high quality animation, and I firmly believe that sharing content and work in progress is the proper way to maximize people’s experience from the film. It is incredibly difficult for an external person to realize the details and complexity of making an animation film of industry quality. But sharing content, software and knowledge in the progress of making can really help raise the appreciation, knowledge and the understanding of the wider public of how difficult and rewarding it is to make the magic of animation.

The culture that unveiled itself during my week at the Institute is a culture of making, crafting, handwork and passion – a combination which seems to drive this sort of open projects, and the openness is needed not only to transform the film industry, but also to transform audiences.

Leaving the institute makes me sad, but also happy to get the chance to start working on writing in greater detail about the mechanics of all this, and the way people make it happen. Thank you Anthony, Dalai, Francesco, Hjalti, Lucas, Mathieu, Matias, Pablo, Sarah, and Ton for your time, openness and help during my stay. Until next time. 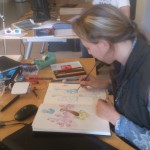 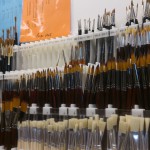 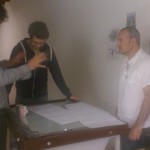