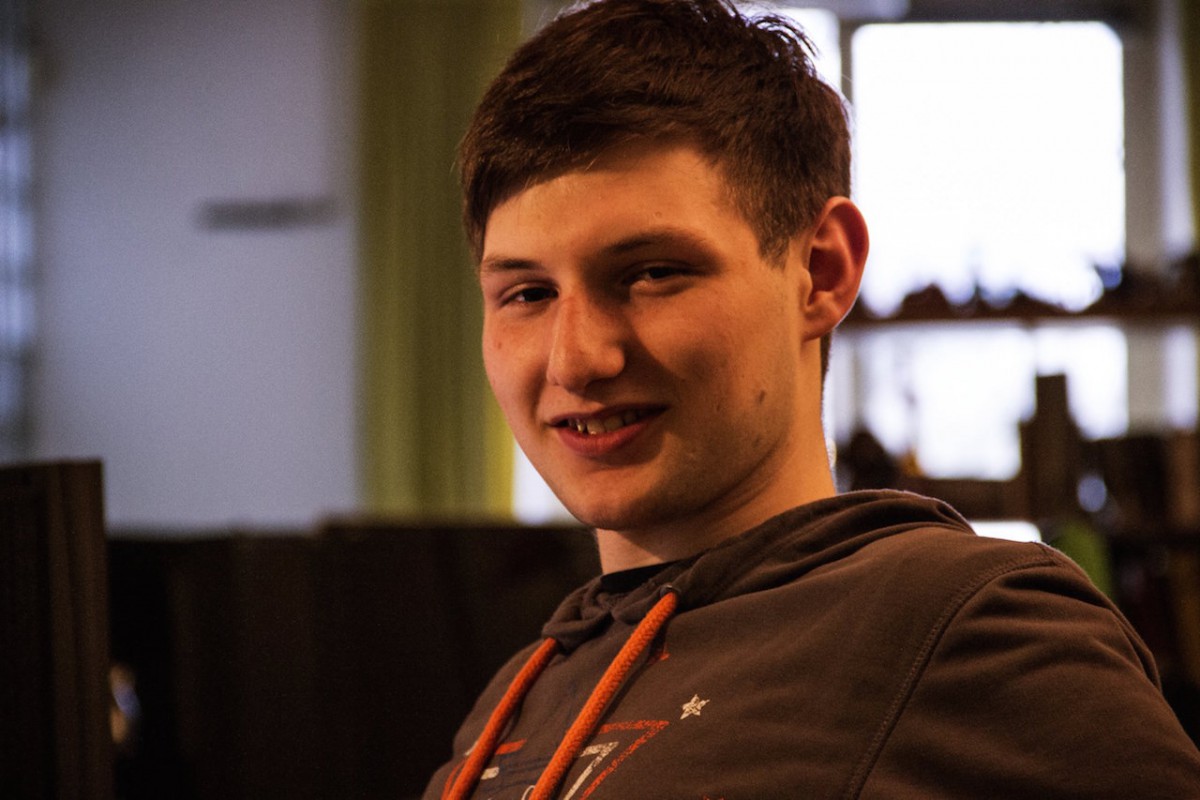 The Blender Institute will be graced with another brilliant mind for the next two weeks: Julian Eisel (probably better known to most of you as Severin) has come to Amsterdam to help Antonis build widgets!

Julian is the youngest in the studio (he’s currently studying computer science in Homburg, Germany) but he’s become an enthusiastic and prolific Blender developer since discovering the software around release 2.5. (“I really, really liked the UI, but I felt it needed a bit more development.”) The tool-tip design he worked on with Campbell was the first to make it into the Master build, but his sticky keys project will hopefully soon follow, and he’s worked on hundreds of other little pieces of code in the meantime. Plus, likely most importantly to a lot of you, he’s been spending two days/week cleaning up the bug tracker. Now he’ll be helping Antonis build the widget system, getting the system ready for the Master build while building still more widgets.

When asked if there was anything he thought you guys (this blog’s readers) should know, he said, “Just that there are amazing people here — and that it’s important to support the project and become members of the Cloud. The more people involved, the more interesting the movie.”

Follow Severin on Twitter (or track his commits) to find out what he’s up to while he’s here, or find him on the #blendercoders and #blenderUI channels on IRC.