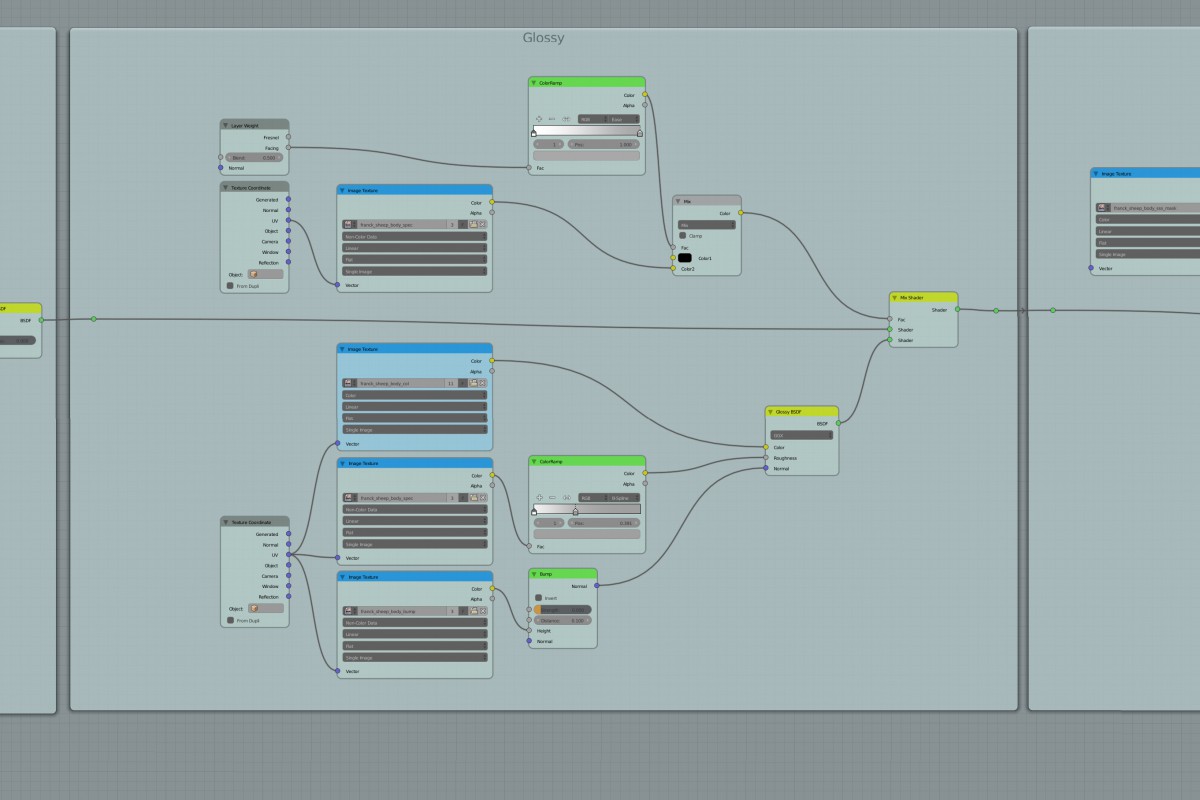 We Gooseberry artists are actually supposed to submit blog posts and tutorials a couple of times per month or so. However, because of the intense concentration on the first-priority tasks, there hasn’t been much activity on that front, at least from me. But that is about to change!

Just wanted to quickly share how I have set up my node editor at the moment (click on the image to see it larger): The lower-right corner GLSL material node group for the Blender Internal renderer simply contains the same texture images to make it easy to paint the color, bump, and specular maps in the Blender Internal Viewport with GLSL enabled. That way you actually see what you’re painting shinier or bumpier, etc. It’s a technique that, for example, Andy uses in his wonderful Creature Factory 2 Workshop.

In the image on the right you can see how using the node frames as modules can be handy if you want to, for example, temporarily replace a complicated glossy setup from the material with something experimental or to just make the material faster to render. It’s also handy to save some of those modules as node groups into your personal node library for re-use in the future. In addition, keeping the nodes clean is essential for team work — or even for a single artist, coming back to tweak the nodes after, say, 5 months.

It’s a bit of a shame this method forces you to duplicate Image Texture and some other nodes unless you resort to group nodes (which, in turn, makes things a bit too complicated). However, this works decently enough for my current task (shading Franck’s body) – so, I’m happy. :)