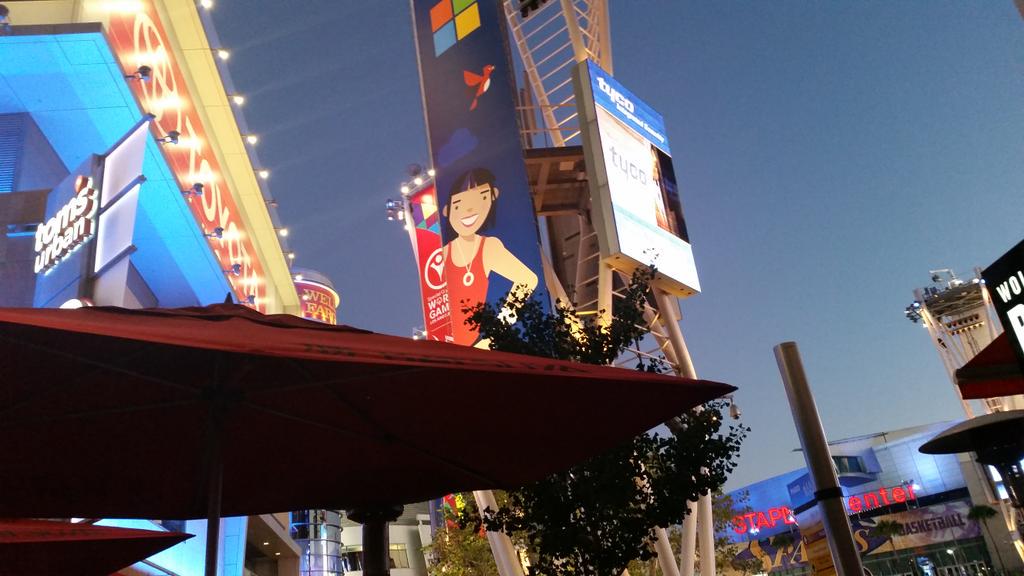 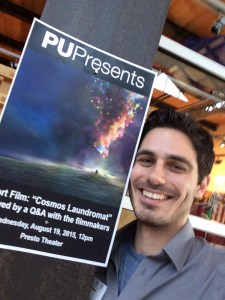 Last week we’ve had a great time on SIGGRAPH in Los Angeles – after the crowded screening of the film on the Blender “Birds of a Feather”, we hosted a booth at the tradeshow for 3 days. Hundreds of people came by to share their compliments. With Cosmos Laundromat we’ve definitely left a great impression – people in the industry really appreciate the sophisticated storytelling, the superior character animation and the awesome visuals.

During the show we were invited by Dreamworks animators to visit them on friday for lunch and a campus tour, and to screen the film in one of their viewing rooms.

Six of the team took an extra week in the USA to visit San Francisco with invitations to visit Google and the Pixar Studios. They already had a 2 hourPixar  tour yesterday.

Today at noon the crew will attend Pixar again and present Cosmos Laundromat in the prestigious Presto Theater for the employees! 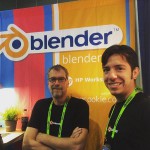 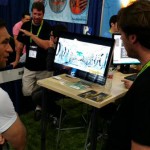 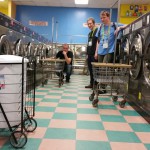 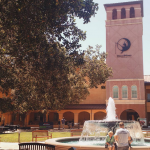 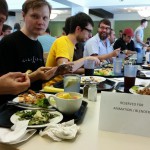 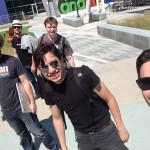 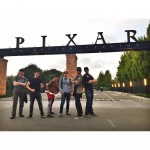 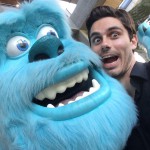