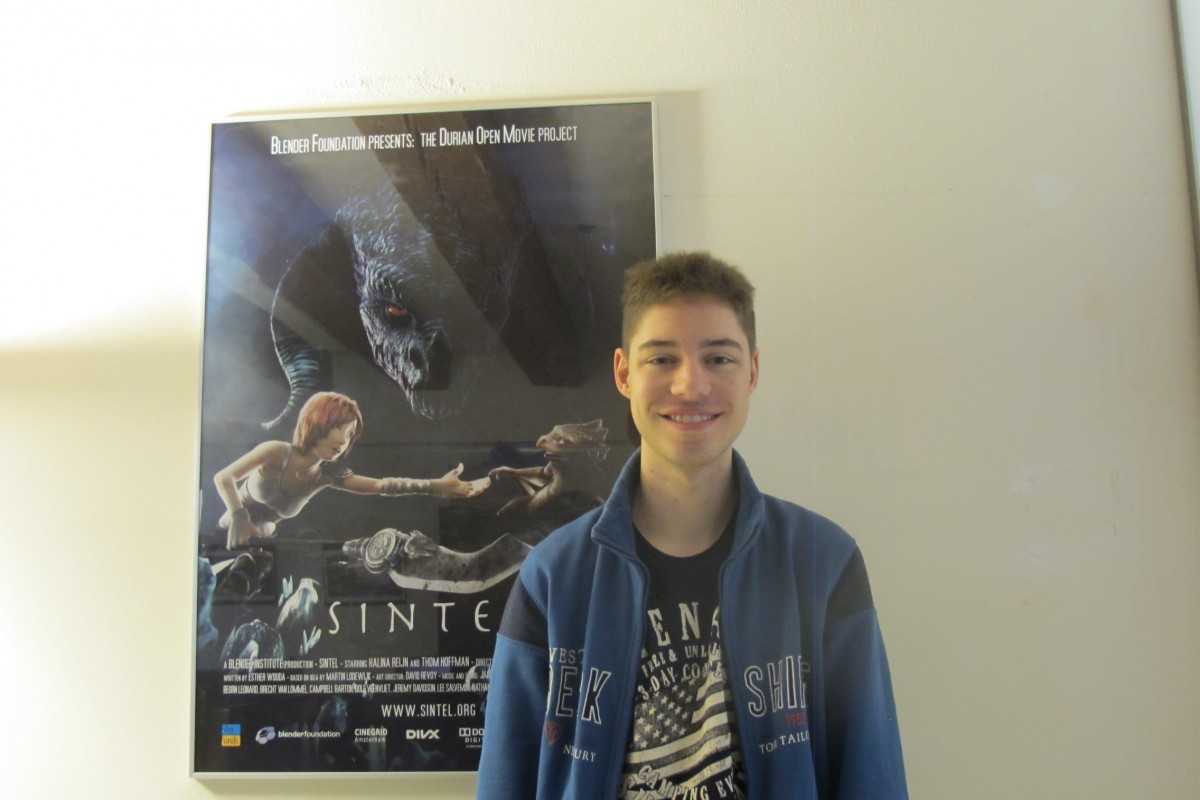 It’s a Blender people party in the studio this week!

I am in Amsterdam and will interview the @Gooseberry_film team this week for the @BlenderPodcast. Any questions? Now is your chance! #b3d

And, indeed, Thomas is here! In addition to recording interviews for the Blender Podcast, Thomas will be liaising with the Blender Animation Studio team about issues they’re having with and improvements they’d like to see in Cycles. For those of you who don’t know Thomas yet, he’s been developing for Blender since his work on the Blender 2.5 interface in 2009. Since 2011, however, his focus has been the Cycles Rendering Engine — that is when he’s not studying Computer Science at the University of Applied Sciences in Esslingen, Germany or making (piano) music. But Thomas isn’t the only guest this week! If you’ve been following the blog, you’ll recognize open-source-animation-focused PhD candidate Julia Velkova from her previous visits to the studio in September and December. She is here meeting the new team members who have joined the project since her last visit and generally taking in how the studio environment and work changes as the film moves from pre- into production — and this time she will finally be in town to not only attend the Friday weekly, but also the Monday morning planning meeting! On Saturday she will also be meeting with Boudewijn Rempt, the “Ton” of Krita (an open-source painting tool some of you have already noticed is popular with the Blender Animation Studio artists).

She will most likely share her experiences again on this blog, but she is also working on a post for her own blog about what exactly she is doing and studying and how it relates to her time here, so watch out for that. She will be presenting the first draft of her PhD for review in the early autumn (so, shortly after the Cosmos Laundromat premiere).

Welcome (back) Thomas and Julia!