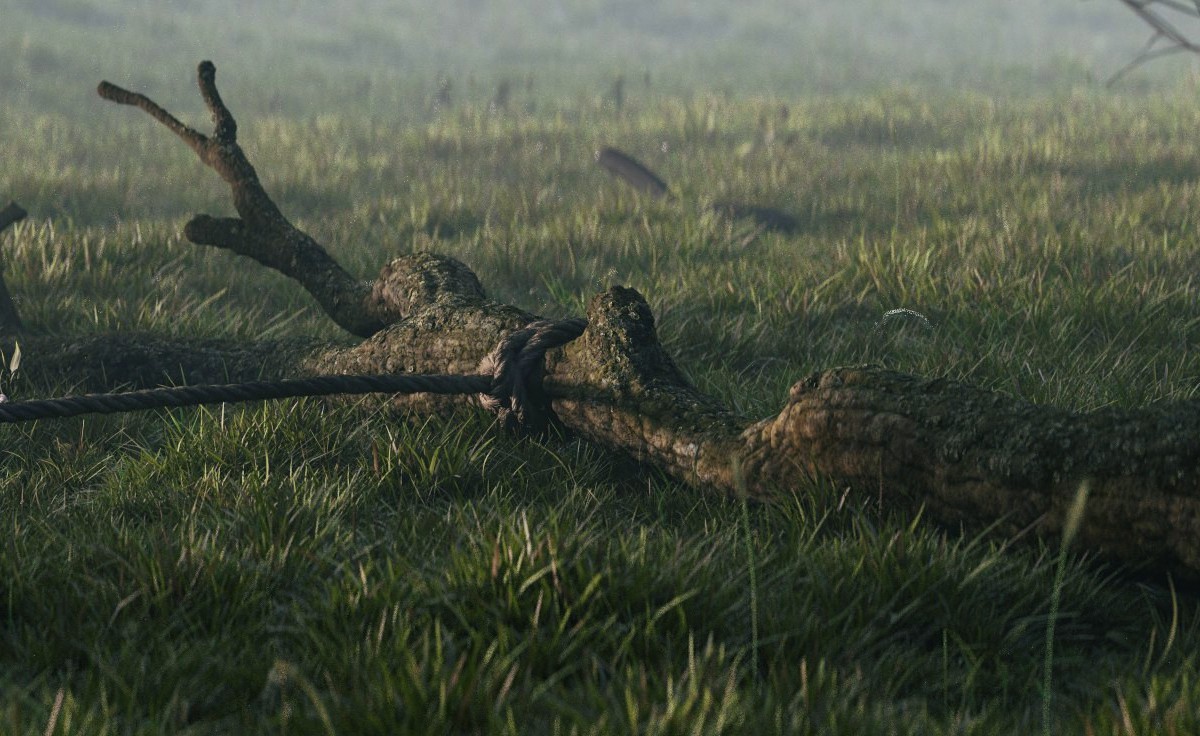 With the end of February, pre-production is officially closed and the full team’s effort will go toward realizing and finalizing the first scenes of Cosmos Laundromat. There’s even a production schedule hanging on the wall to prove/enforce it. Learn more about this, what the team has been doing with their last week of prep, and what else is to come in the latest Weekly video! (As always, the highlights follow.)

In addition to Beorn, who as of today is an official animator for the project, and regular guests PhD student Sybren Stüvel and software engineer Martijn Berger… the studio had a very, very special guest: Hjalti’s new kitten pal, Pixel! If you didn’t get enough kitten in the weekly video (or on our Facebook and Twitter), Sybren recorded this short behind-the-scenes look at what’s actually going on around the table while the team members are presenting on the big screen. (Spoiler alert: this Friday it involved a lot of kitten play time.)

Now that Mathieu has cut 1-2 minutes from the film, Ton is updating the production planning for the coming months, which is now tacked to the studio wall to keep everyone on track. But you can see it for yourself (where it stood on Friday, anyway) in Ton’s weekly folder on the Cloud.

His goal is to have a short worthy of Siggraph by August (and a trailer before that, in May). 1-2 more animators will be needed to squeeze the jungle scenes into the production planning…but we will need more funding to pull that off! (Have you, ahem, renewed your subscription to the Cloud??? :-D)

This week Hjalti focused on the animation of 2 key scenes. First of all, the opening shot where Franck tries (unsuccessfully) to hang himself from a tree. Hjalti did two passes on this scene, each without and with half fur:

But there’s still a lot of work to be done here. For one, expect more kicking…

Hjalti also put more time into the shot that follows this, where Franck drags the branch that has broken off through the grass. He created versions without fur, with half fur, and with full fur — but you guys know by now that this is not anything near what the final fur will look like! His focus this time was on creating a natural arc of the neck and body and incorporating facial expressions. Next up he will add ear animations, more fur testing, and rope refinements.

Getting the Island Right

Mathieu has totally retooled the opening scene of the pilot, cutting out over a minute of time for a shorter, tighter sequence closer to the final running time. See it for yourself in his weekly folder on the Cloud. You’ll also find there 5 render tests of Franck in his environment, as Mathieu attempts to pin down the glum early-morning island mood.

Meanwhile, Andy has been filling in the setting details, from the texture of the grass (lusher, greener) and ground (more stones and grit) to the look of the log Franck drags to his attempted death. Take a peek at how the log looked by the weekly here, and then head to Andy’s folder on the Cloud to see 16 more images of Franck and Victor on the island, the scenery, and the skymap.

This latest render (as of Friday) was made using particle systems for the mushrooms, etc.

These test renders, meant to capture the lighting and environment of an Irish island, were made using the environment map that Andy has been working on — which was painted over in Krita using OpenImageIO with multiple image exposures, and is available in the repository on the Cloud (under libs > maps > env_island.exr; source file: libs > maps > src > envmap.kra).

Juan Pablo has, meanwhile, (in addition to participating in the BlenderNation Rigging AMA this week) been working on creating some variation in the flock on the island. However, he may have created a little too much variation for the artists’ purposes! See his charming character creation and Sarah’s practical feedback in this infographic:

And, finally, Manu made more magic with Victor’s accessories. Check out where Victor’s matchbox and cassette player stand here, and then head to Manu’s weekly folder on the Cloud to see how these were made and more. Victor, the bad influence. (And one of the reasons this is not a kid’s movie!)

Once More in the Jungle

With March, the whole team turns its attention to the pilot’s first setting and scene: sheep island. However, this was February, and some of the artists were given one last week of free reign to flesh out the jungle setting. Sarah focused on the foliage, texturing and detailing the “hero leaf” Franck falls onto (modeled by Pablo in November) as well as the pink petals that decorate the trees in the background. Check out a sample of the results below, and then find the rest in Sarah’s folder on the Cloud. In her own words, Sarah’s great discovery this week was Smooth Stroke, a Blender feature that works exactly as advertised on the tin. Veining leaves becomes that much easier when you don’t have to worry about shaky hands. Watch her demo it here:

Daniel has continued rigging Franck’s caterpillar form. In this video he shares his progress, what the rig can now do, and what he still wants/needs to do to get it ready for animating:

(Have questions for Daniel or Juan Pablo about their rigging process? The BlenderNation Rigging AMA forum is still open!)

Pablo focused this week on putting shots together, like this one:

Check out the layout of this shot in Blender plus a new, glassier take on Tara’s wings in Pablo’s weekly folder on the Cloud.

Did you catch the alpha release of Flamenco (formerly brender) this week? The work is, however, far from done. This week Gabriel incorporated more information about managers and projects. Plus you can now render across long distance. (Watch him send a render job to Argentina at 41:32 in the weekly video.) Now any artist can send a job anywhere without committing.

Francesco promises many more developments (and a blog post or 2 describing them) in March. A beta release with more configuration possibilities is on its way. And the next steps are to link Flamenco to BAM and make it faster and more powerful. He also points out that this is a Blender Institute project, not a Blender Foundation project. So, if you want to support this work, please join the Cloud! More coming on this blog this week…stayed tuned!