Thanks for waiting an extra day this week for your Gooseberry weekly highlights — yesterday we celebrated the biggest holiday of the year: the Dutch King’s birthday! (Which is really just an excuse to have a big party while wearing orange.) Don’t worry, though, there’s some big news here (from VSE fixes to a whole new ending for the pilot) that should be worth the wait!

The weekly began with an announcement from regular guest Martijn Berger: if you haven’t heard yet, Blender is now available on Steam! You’ll find versions for Windows, Linux, and Macs there.

Mathieu has come up with a new cliffhanger ending for Cosmos Laundromat, with new tornado footage, a new jungle dialog (Tara and Blinky are back!) and a laundromat credits sequence. (Please note that these are placeholder credits for now, and not final. And the jungle dialog, recorded by Mathieu and Sarah as a test, will change, too!) Check out the new ending at 2:45 in the weekly video (or the watch full edit to date in Mathieu’s weekly folder on the Cloud), and then stay tuned to see how this new material develops!

Beorn completed 30 more seconds of animation this week, first returning to the shot he worked on when he was in the studio in January:

Beorn then went on to a new shot: Franck looking up from the log. The animation is full of emotional contemplation thanks to these close-ups of Franck’s eyes…

Beorn also began working on continuity between the various shots made by various people. You’ll find a before & after-style video showing his work on this (plus the two full animations above) in his weekly Cloud folder.

Hjalti began his week with more work on the extremely complex timer sequence. Although this isn’t yet final, he then moved on to some new shots for now…

Hjalti took a little time to put together this shot of Victor smiling as the tornado hits. We’re pretty sure his inspiration was the stracciatella ice-cream cone he’d had earlier that afternoon.

Hjalti, however, spent most of the week working on Franck’s run, as seen when he’s fleeing from the tornado. In his weekly Cloud folder, you’ll find not only both the animations mentioned above and the latest version of this animation, but also grid animations showing the progression of this running shot from every angle: getting more and more clumsy and panicky as they go.

Sarah also moved on to a new shot this week: the sequence in which Victor convinces an embittered Victor to give him just a moment of his time. See her animation so far in her weekly Cloud folder. Next she will work on Victor’s side of this animation while polishing Franck’s.

Sarah also recorded her entire week of work (and other computering stuff), so expect a tutorial or blog post about her process to follow!

In addition to creating the new website for the Blender Institute’s first commercial feature project, Agent 327, Pablo has made some dramatic lighting changes to sheep island to better capture the depth and complexity of Franck’s furry coat.

Here’s where the lighting wound up by the end of the week, but check out the before and after video renders as well in Pablo’s weekly Cloud folder.

Every character detail is important, right down (er, up) to the eyebrows. Which is why Andy gave Victor’s a little love this week, darkening them a bit, as you can see here: 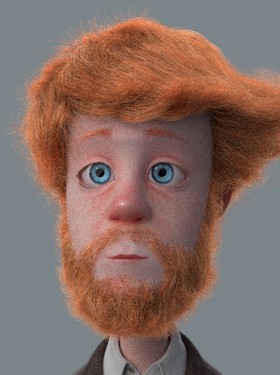 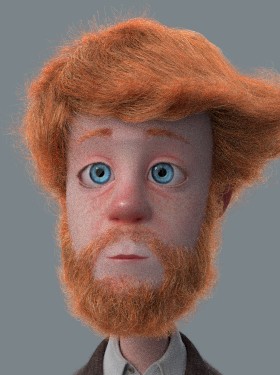 Andy also did some grooming work on Franck, whose fluffy coat he managed to tame a little (getting rid of those odd tufts sticking out):

He even gave some attention to the important characters called “branch” and “grass”, which needed some better motion and interactions. The dupli-instance-based grass he animated using the individual meshes (which lends a somewhat random effect, so is kept subtle). The interactions with the branch he did using a particle-instance modifier (perhaps it should be renamed the particle-array modifier to make it clear it does not actually use instancing), which distributes one big mesh across the surface. Check out a few of his test sims here (“proof of concept” and not final) and in his weekly folder on the Cloud.

Then, of course, Andy turned back to the tornado… Here you’ll find the various simulations he’s been testing, including some of Franck running from the colorful smoke, seen from near and far, and ending in the ultimate render to date of the tornado emerging from the washing machine drum (without any missing frames, but still with the extra blue puff that will be masked out).

Naturally, you will also find all of these in Andy’s weekly Cloud folder!

Manu has rendered Hjalti’s rope-timer-switch animation to date. (You’ll find the animation where you’d expect: in his weekly Cloud folder. Note that the flickering grass issue has been fixed!) 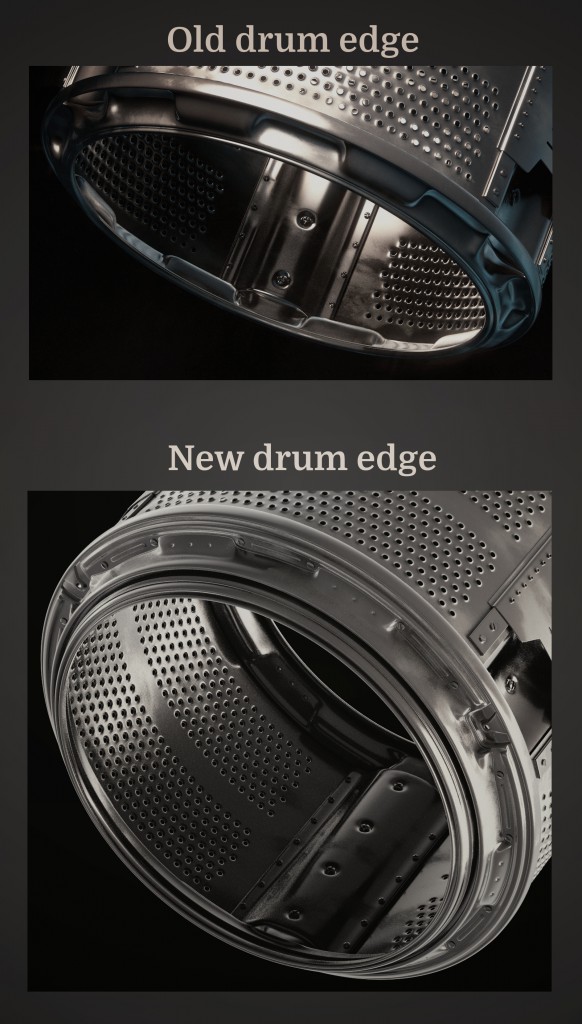 Manu also spent some time this week detailing the edge of the washing machine drum from which the tornado emerges.

Finally, Manu also spent some time on the island grass, working on the long-shot views, starting by converting the low-res version Mathieu had made to a high-res version. Then he looked at the layout of the cameras throughout the scene, creating a graphic to represent the positioning in the tornado series of shots. He also made a density graph to show how the grass should be grouped relative to the position of the camera. You’ll find Manu’s weekly Cloud folder, with all of the above, here.