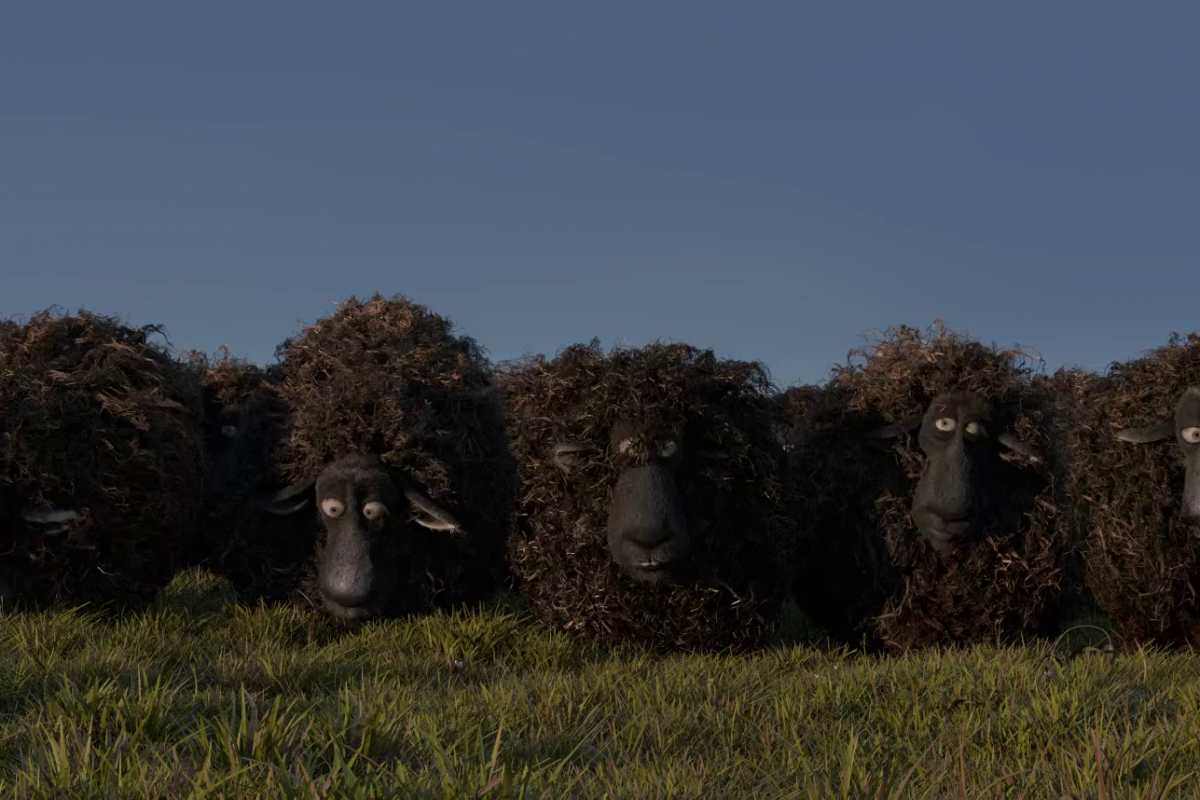 With less than two months left to complete the pilot, the Cosmos Laundromat art and development are going into overdrive! From new animations and a new version of the trailer to Sequencer and caching fixes, check out what Team Gooseberry has made this week.

This Friday brought three weekly guests to the Blender studio: Edwin Knip, webdeveloper and “Chief Nerd” of Nerd Inc., who has been working on the Blender Store and Blender Cloud; Michelle Monzalvo, who is persuing an AV degree in Mexico City that includes the study of 2D and 3D animation; and Alex Dowding, production manager of the live-action remake of The Jungle Book, who recently moved to Amsterdam from Paris, where he worked on the Despicable Me movies, The Lorax, and others as an editorial manager and production supervisor.

Mathieu has updated the trailer with all the renders currently available — which includes almost all the shots but the tornado money shot…so we’ve got that to look forward to! See where the edit currently stands in Mathieu’s weekly Cloud folder. (The final version will be released this month!) In this folder, you’ll also find Mathieu’s lighting and flock tests from the week.

Mathieu tested 14 furballs together in this sheepy animation available on the Cloud (which could make a most Zen screensaver), and found they rendered well in Cycles. For the final renders, this flock should be at least double the size (so, like 30 sheep).

Mathieu also made an HD render of Hjalti’s animation from last week of Victor smiling at the storm, one of the shots from the trailer. It’s just missing the wind.

Mathieu also did three lighting tests of Franck pulling the branch, gathered together in an animation on the Cloud. The third version (pictured here) hits closest to final, with its dramatic light that screams early morning, but still needs to be lightened up a little.

Sarah spent this week working on the shot where Victor convinces Franck to give him “a moment of his precious time,” which is now (at v13) 99% finished. Her struggle of the week had to do with getting Victor to place his hand on his knee without problems (there was a problem with detecting the dependency cycle), but Juan Pablo was able to help her figure out how to fix this. You’ll find the latest animation in Sarah’s Cloud folder.

Hjalti has just about finished the shot where Victor switches Franck’s rope for the timer. In the video in his weekly folder on the Cloud, you will see several iterations of Victor’s lipsync (with the camera pinned to the skull for focus) followed by the latest versions of the almost-final full shot (all that’s left are the tiny details, like Victor’s jacket movement).

Beorn has started working on the shot that follows Franck getting his timer. In layout here. This week brought the discussion of how the timer should actually sit in relation to Franck’s ears… Mathieu’s final decision was that the left ear should be tucked behind the timer so that you can see the timer and to maximize the discomfort you feel for Franck at this moment.

Beorn has also been moving forward with the sequence where Franck waits by the cliff while Victor walks away…giving one last contemplative look to the branch he just dragged all the way across the island.

In addition to these two animations, in Beorn’s weekly Cloud folder you’ll also find another continuity test (picking up on last week’s) as well as the planning Beorn created to figure out what the animators need to do to finish all the shots in time.

On the Cloud, you will also find Hjalti’s four versions of a new shot: Victor’s stance the moment before the storm arrives. Hjalti’s challenge here was finding a way for Victor to display the intensity that Mathieu was looking for (and the approaching storm commands) while still leaving a way for that intensity to grow through Victor’s animation as the storm actually forms.

Manu’s weekly Cloud folder is packed with goodies this week: more renders and details, including a slightly rusted version of the washing machine drum… 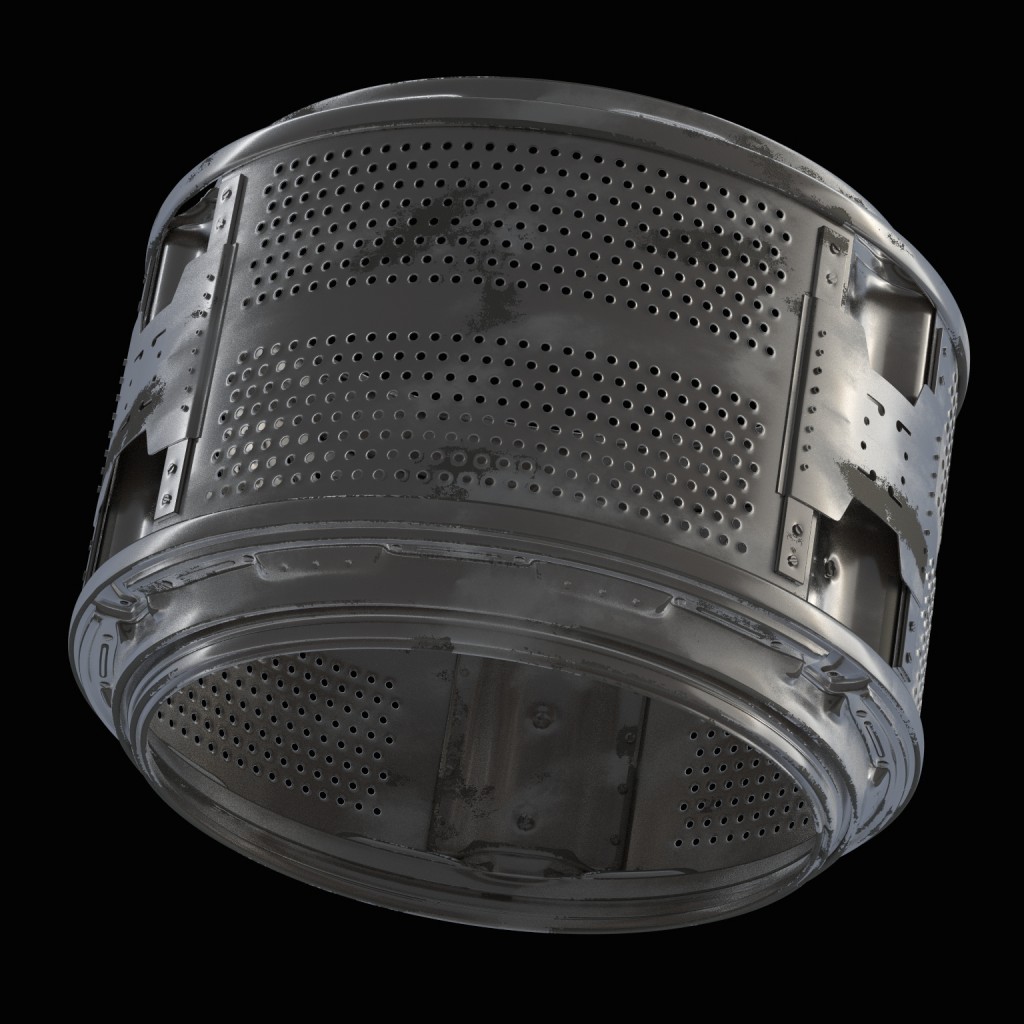 Lighting tests for the aerial view of the island…

In the same folder you will find tests of the moving clouds in the background, including a simple rig Manu put together to make them move, and even a vertical render of the Fishy Cat creature you’ll find on the Blender.org homepage banner (plus .blend files for the creature itself as well as the vertical render).

Manu has also been experimenting with adding foam to the water hitting the rocks. Although this modifier by BlueBird Animations looks potentially even more promising!

Andy has, meanwhile, been testing the wind in the grass. In the video below you will see his rig for the island surface (allowing you to focus on the area you want to render) plus multiple tests to get the grass motion right (shouldn’t be too stiff or too uniform) and render it realistically.

In Andy’s weekly folder on the Cloud you’ll also see his tests of Franck running from the storm, seen here in a still render.

Pablo has been doing some final lighting testing and updating all the renders to reflect the new light source. Visit his folder on the Cloud to see a bunch more examples and variations.