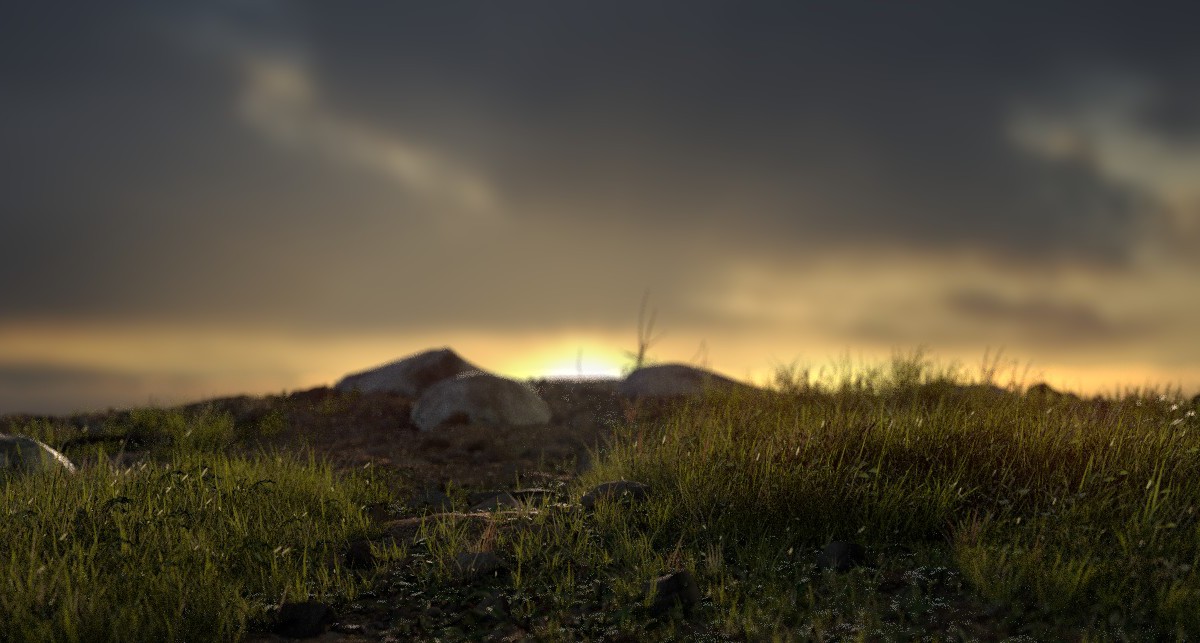 May is trailer month. See how far the shots have come one week before the trailer’s release, and celebrate with the team: there is now wind in the characters’ hair…a storm is clearly brewing! See it all in the weekly livecast below and soak up the details in the Highlights (with plenty of new Gooseberry goodies to download from the Cloud).

Martijn Berger was back in the studio with another announcement: the AMD megakernel split was merged into Master this weekend. Next to him, there was also Agnes Swart, a freelance artist and animator who works under the name Ashess.nl, and Alexis Taylor, a doctor visitng Amsterdam from the USA.

In addition to an updated version of the trailer (on the Cloud), which will be finalized this week, Mathieu jumped into the hair-sim madness (more on that shortly), focusing on putting the wind in Victor’s hair. You might have already seen the final (successful) result on the blog last week, but in Mathieu’s weekly Cloud folder you’ll see the steps along the way. (The trick: more stiffness with nice collisions.) Plus more renders with the new lighting set-up!

In addition to a new shot planning for the week, in Beorn’s Cloud folder for this weekly you’ll find his polished and finalized animations for the trailer (now with more subtle gestures), more work on the shot were Franck looks longingly at the rope, and early layout animation for Victor’s side of the shots were Franck complains about all the effort it took to tie the rope (“with his fucking hooves”) and where he asked a retreating Victor: “Where can I go? WHEN can I go?!” (below).

Sarah, meanwhile, worked on Franck’s side of the “fucking hooves” shot (also in layout) in addition to polishing off the “What would you know” shot from the trailer. For each, Franck’s head movements have been restricted a little to add to his “trapped” feeling. You’ll find both, of course, in her weekly Cloud folder.

Hjalti has finished the rope-timer switch sequence (focusing on continuity with the other shots and getting the jacket to move correctly) and the smiling shot (which now has a slightly less cartoonish smile) and moved on to the shots where Victor backs up and walks away. See this last sequence, complete with reference materials from the actors and Hjalti himself as well as a catchy little soundbug that will nestle into your brain, in the video below. Then check out the rest in Hjalti’s weekly Cloud folder.

(On the Cloud you can even download Hjalti’s “Wait, wait, wait” .blend file to make your own sound-bite “music” video.)

By the end of this week, there will not only be a final trailer, but also six minutes of finalized animation — more than half the film!

Fun with Light and Renders

The biggest news of the week is…that there’s now realistic wind in the hair and grass sims!!! Pablo started the week working on Franck’s coat before passing the struggle over to Andy. Starting with the old particle system from Master, Andy battled collision problems (like with the rope), smoothed out some caching issues (no hair through the ears now!), and incorporated fixes from Sarah and Juan Pablo. Watch the video here to see how Andy fought the (too-furry-faced) beast and won, throughout the week, including the render you saw on the blog this week and a promise of more to come! You’ll also find this and a still of the grass at the (newly lit) cliff and a diagram of Franck’s fur in Andy’s Cloud folder for the week.

In addition to his hair-collision tests, in Pablo’s Cloud folder for the week Pablo also shows the new workflow for comp files (one file with a sequence of scenes straight from Cycles), the Essential Island Tweaker Pro 2016 (really just a way to tweak the island settings), and more lighting work on the opening shots, where the sun is much lower down for a more dramatic sunrise effect.

There’s a new hill on the island! That is the cliff where Franck is headed. See the hanging shot and this one (with no grass in front of the branch, temporarily, while the collision stuff was worked out) in lower-res video renders in Pablo’s weekly Cloud folder.

Manu has been working on getting the ocean color and foam right in the island long shot. Find seven more test versions and two videos plus Blender screenshots showing how Manu painted in the dynamic foam in Manu’s weekly Cloud folder. 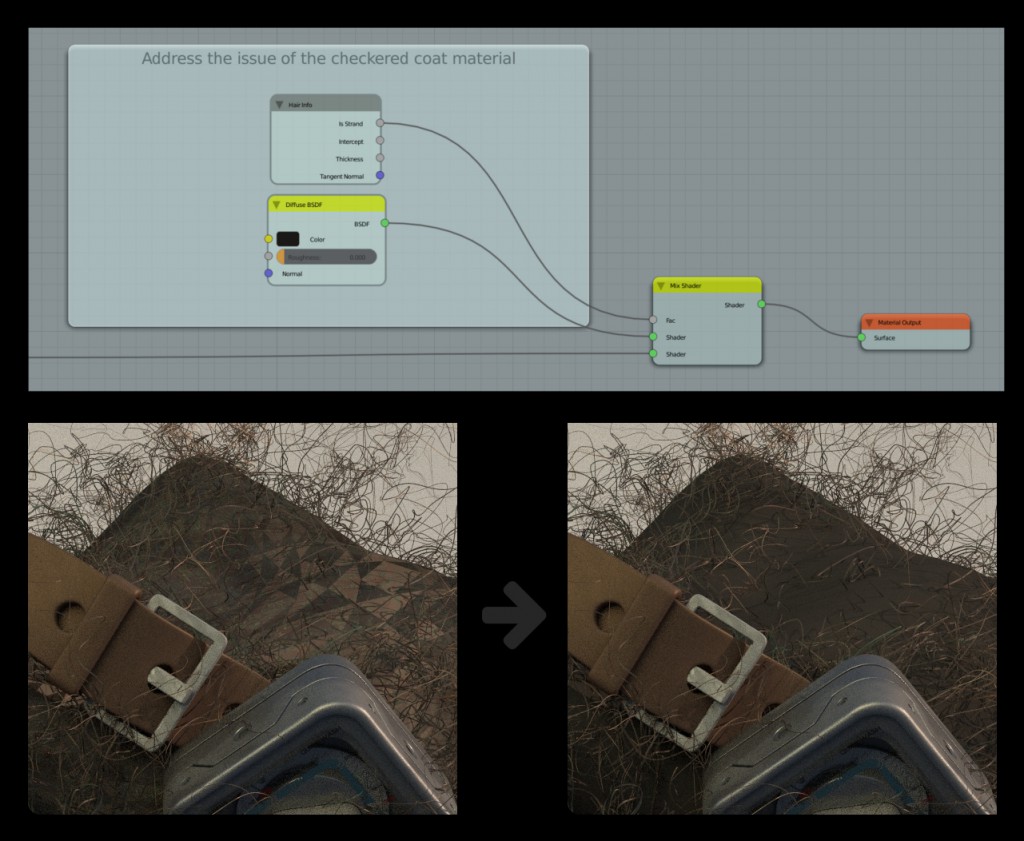 Manu also fixed a shader problem with Franck’s coat (see the checkered pattern in the original?). You can download this for a closer look, plus get a look at the new shaders for Franck’s timer strap, in Manu’s Cloud folder for this weekly.

Finally, Manu has also been working on how Victor should look with the new lighting set-up. Find more stills and a video render in his Cloud folder.