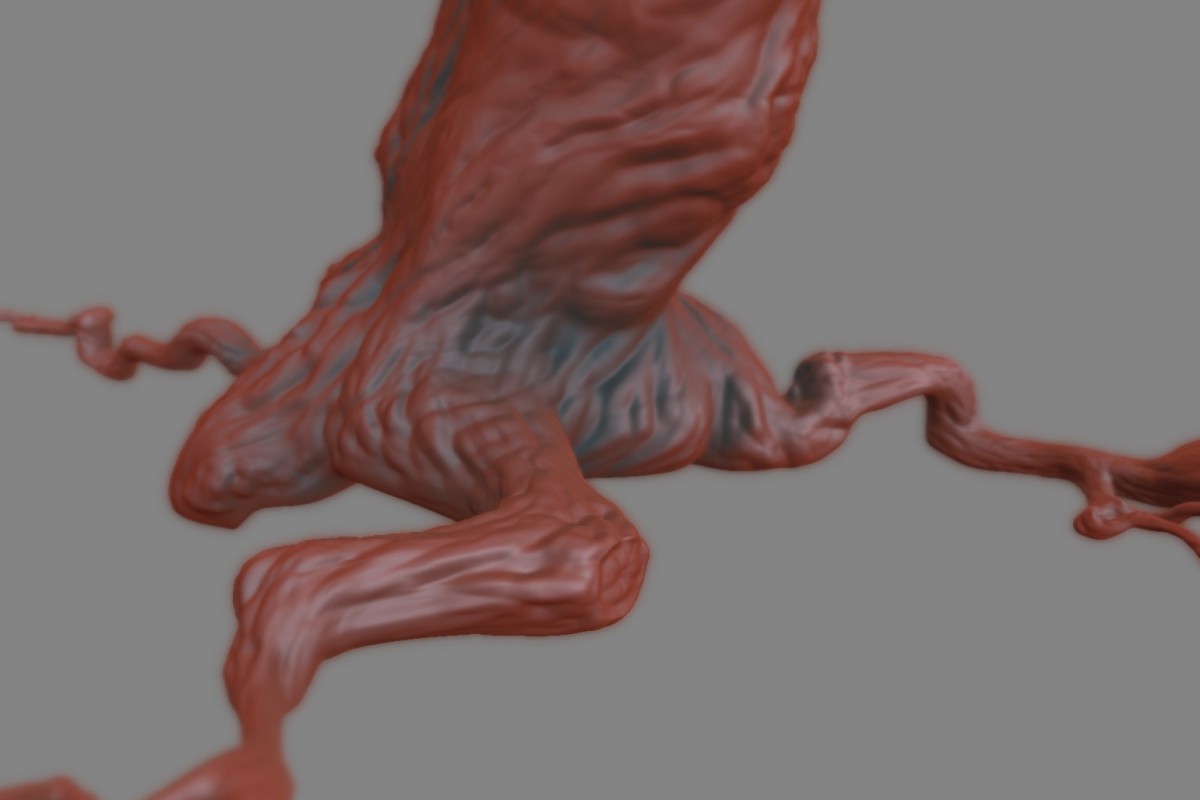 Remember Manu’s tree model from the December 12, 2014 weekly? Andy has been sculpting in all the details. Better yet, he’s provided a timelapse of his sculpting in action (an hour and a half condensed into 17 minutes) AND notes on what he’s done below. Enjoy!

For sculpting, the Multires Modifier was used to subdivide the model instead of using Dynamic topology.

Since the tree is only seen out of focus and in relatively few shots, not a lot of detail had to be sculpted; it’s more about enhancing the silhouette and then adding the final detail pass using bump and color maps.

First pass of sculpting is using the Clay Strips brush to break up the surface and add the first hints of the bark pattern. The original model is very stylized, so we have to adapt the sculpting process to that — you can’t simply slap a bark texture on it and expect it to work. Second pass uses the Crease Brush to deepen the creases of the bark. We carefully follow the surface flow in a sort of cross-hatching pattern. Looking at real trees helps for reference! :) It’s very easy to make this patterning seem too repetitive, so keep it loose and spontaneous!

After that we go over the bark and further mess it up using Clay Strips and the Blob Brush.

In the final step I tried to add some texturing and got a bit carried away testing different textures. Also, the model was subdivided 6 times — in the final tree file I stripped it down to 5 again. Total time spent on this was 1.5 hours. It could have been much longer for more refined model, of course… but it’s only a background model and we have a lot of movie stuff to make. ;)

I might go back to this file and UV unwrap and texture it — if so, I’ll try to capture this process as well. Stay tuned!