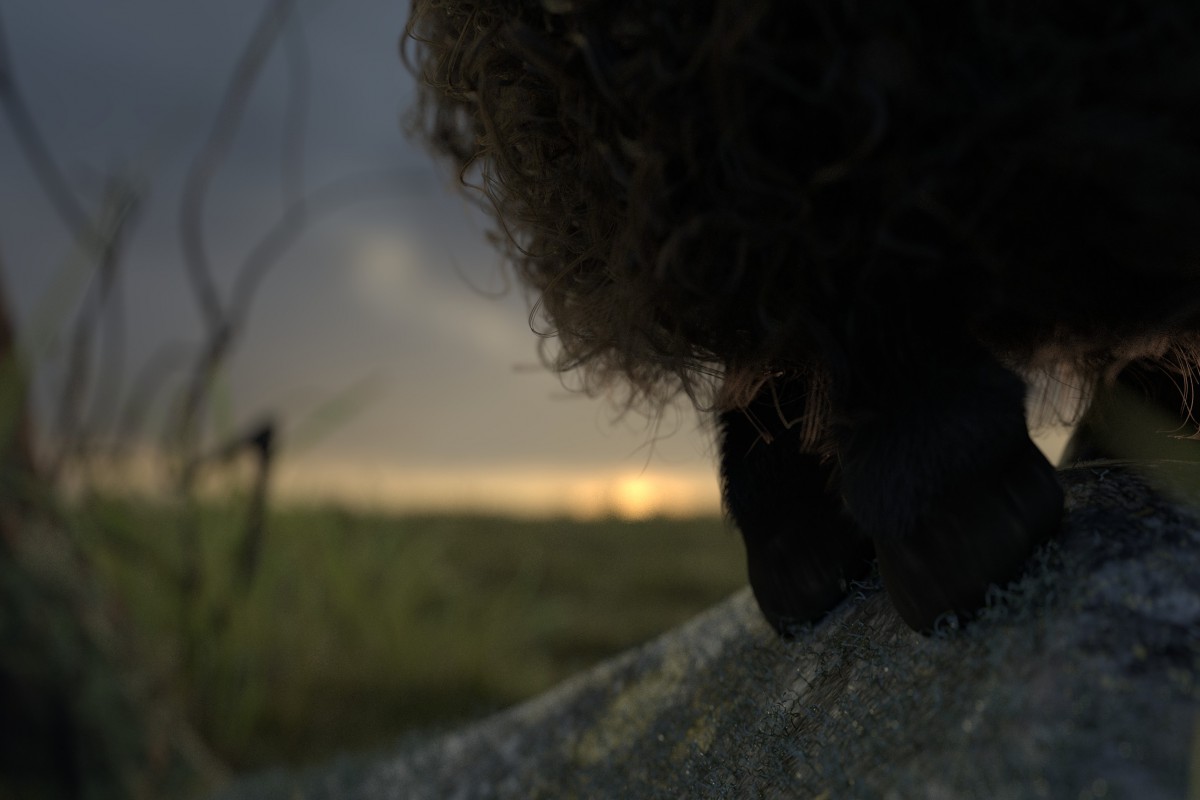 Welcome to weekly recap #29! All of this week’s work went toward finalizing the opening shots of the movie. Watch the full presentation below with all the team’s commentary, and then move on to the highlights to get a closer look at some of the art, animations, and new developments from this week.

We were happy to welcome (back) to the studio this week designer Matthijs de Rijk plus two guests from game development studio Thorworks. Watch them introduce themselves and talk about their work at the beginning of the weekly video above.

The opening scene layout is being replaced by more and more detailed animations, especially after this week. We’ll break down here what each of the animators have been up to, but for the bigger picture of where the film’s first moments are going (and it’s a subtly but significantly different place than last week), watch the latest version of the first 5 minutes at the start of the weekly video above, and download it to watch whenever you like (without the commentary) from Mathieu’s folder on the Cloud. The tighter opening focuses more immediately on the most important interaction: Franck and Victor’s meeting. This means no more (other) talking sheep, but Mathieu made the choice to leave them out to create more uncertainty about whether or not Franck will succeed in his mission to off himself.

Hjalti has been adding more kicking, struggle, and other details to the very first shot of the film: Franck’s hanging attempt. Check the video below for 4 versions of this 30-second scene showing how the animation has evolved over the week to “pretty much finished,” including the addition and disappearance of what Hjalti calls “the talking branch effect” — you’ll know it when you see it — and a rocky hoof collision. The trickiest part of this shot is getting the audience to be able to feel the weight of the falling branch without fully seeing it.

And here is the same shot (with some missing frames) after Pablo’s attentions to the setting, lighting, and hair.

Manu has been working on lighting the dragging action you saw in the last weekly. See Franck’s big drag in full fur from two angles — although some missing frames make the second (front-view) take look like a scene from Cosmos Nightmare Laundromat.

Beorn dedicated his first official week on the Gooseberry project to the next phase of Franck’s branch dragging, following the above shot as Franck and his branch burden reach the cliff. The focus here was on the quadruped body mechanics as Franck stumbles over some cliffside rocks, and Beorn estimates this version is about 50% done.

Sarah’s animation takes over from here, showing Franck pushing the log toward the cliff’s edge (and being interrupted by Victor). In this video you can see where she started, with Franck pushing the branch with his nose, to her reference footage using her own head and a studio couch(!), to 2 more versions (including a look at the body animation beneath the fur) leading to the final version of the week!

Finally, Hjalti also worked more on Victor’s walk cycle. Specifically on his walk when he leaves Franck behind for the tornado to pick up.

Speaking of the tornado… Andy’s first week of colorful tornado experimentation has come to a close…but there will be much more to follow! The first week started out with a bang (a woosh?) with these spectacular still and moving images where Andy experiments with a watery vortex (after all, it’s supposed to come from a washing machine), spin, smoke effects, and adding color. Some shots were deemed “too alien” and in some the smoke obscures the vortex beneath, but each gives a unique take on this difficult but central figure in the story. See more of these takes (including a couple that are approaching a final concept) in Andy’s folder on the Cloud! The cassette player is ready for Victor to wear after Manu’s final tweaks. Check out what he’s done right here, and then you can find Hjalti’s simple rig in the Cloud Repository under libs > props > victor_casette_player. Manu has also been working on the model of the island as a whole, seen when the camera pulls back from Franck’s failed hanging. It’s starting to look properly desolate and gloomy, like a place a sheep would not want to go on living…

Meanwhile, Pablo has been painstakingly adding all the details to that opening sequence, making sure everything is right from the lighting of the hooves to the curved hairs (thanks, Lukas!) to the moss on the rocks. You can see where things ended up below, and then all the steps and changes along the way in 14 renders you’ll find in Pablo’s folder on the Cloud.

Note: Andy discovered the issue behind some of these images’ longer render times. It’s a UI issue, with a somewhat hidden particles setting under the render settings as the culprit. Turn this setting off to drastically reduce render times! (See the weekly video at 1:14:42 for a demonstration.)