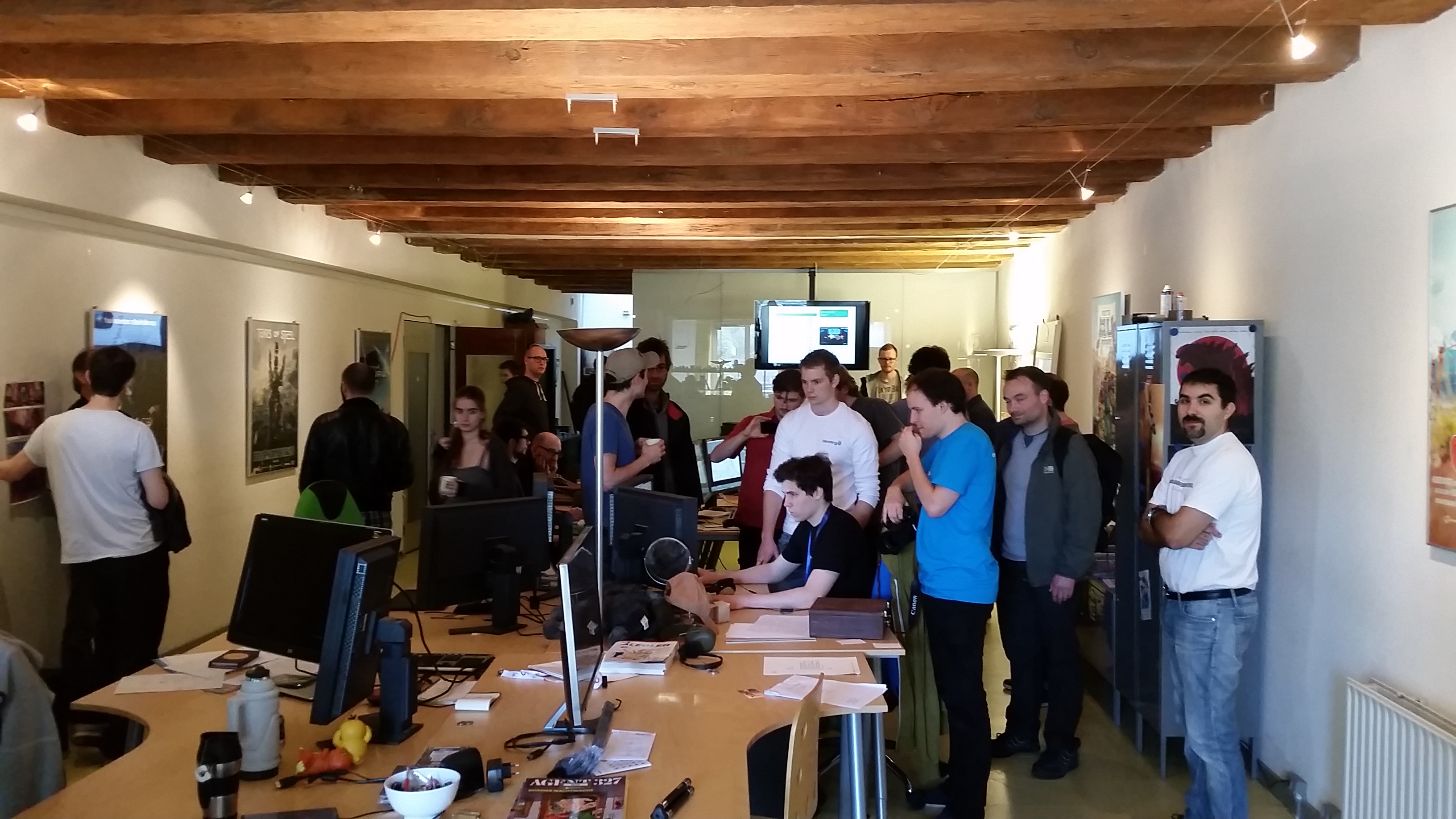 Blender Conference 2014 has officially come to a close…or has at least moved to the Blender studio, where today is tour day! All Blender supporters are invited to tour the Amsterdam studio…and today a bunch of the conference attendees took advantage of being in Amsterdam to do so!

For those who couldn’t make the trip to the conference this time, here’s a quick look at what you missed: The heart of the conference was definitely the inspiring feeling of community – in every corner of De Balie there were conversations between animators and coders, teachers and designers, etc., from literally every continent. (Watch Ton’s keynote speech for a better idea of who was there from where.) As a Blender Institute newbie, it was the perfect way to get to know the software users and film fans – a hearty thanks to those of you who came up to introduce yourself and share your ideas for this blog and other Gooseberry reporting!

As for the talks, you can still watch almost all of them on the Blender Foundation’s YouTube channel – including talks covering the use of Blender for everything from games to art and architecture, plus animation tips & tricks and rigging how-tos (by Gooseberry’s own Hjalti Hjálmarsson and Daniel Salazar respectively), and more.

However *most* importantly – for this blog ;-) – Sunday morning started with a comprehensive update on the Gooseberry project by director Mathieu Auvray with help from scriptwriter Esther Wouda, character designer Sarah Laufer, and man-behind-the-movie Ton himself.

You can watch the full talk here:

TL;DW? Here are the highlights:

Have a question about the development and current status of Gooseberry? Curious to explore any of the above in more detail? Let’s hear it in the comments!