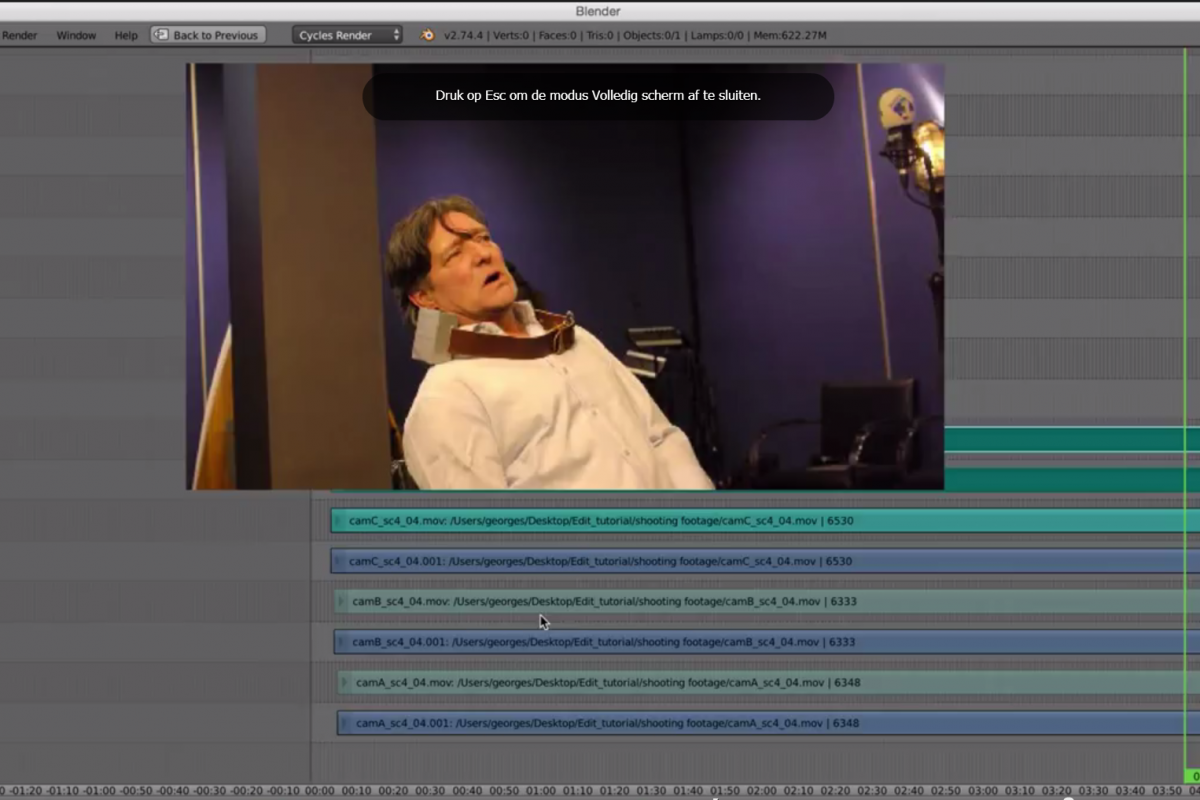 Here is the second part of the editing tutorial for Blender’s VSE, which I am using to edit Cosmos Laundromat. We’ve been using the VSE to edit footage we’ve shot with the actors and synchronize them with the audio recorded at the sound studio. The main difficulty has been Blender’s poor playback performance. It was struggling to play a smooth 24fps with H.264 videos and .wav audio files.

The basic problem was that Blender is loading the files into the cache before playing them smoothly. But when you edit live-action footage from a camera, you can have up to 10 hours of HD footage to review and edit. It doesn’t make any sense to load them into the cache (by playing them once, for example) before being able to play them. And on top of that, there is also a memory limitation; HD files are big files and loading them into the memory is problematic, and you can saturate (and “crash”) your RAM very fast…

So we worked hard (a special thanks to Anthonis!!) to make the proxies better to solve this issue. And here is how I worked on editing the actors!
Let me know if you have any questions, or if you would feel I’ve left anything out.