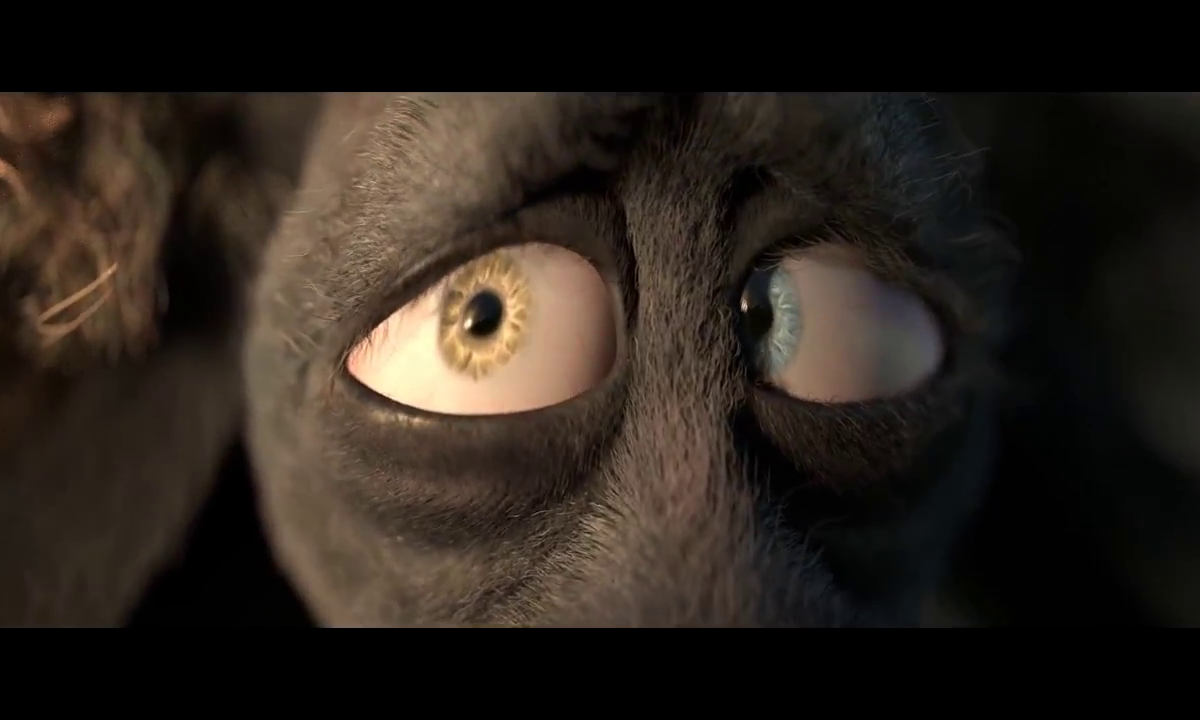 Mid-May has arrived, which means the trailer is days from release, half the animation is ready, and the lighting, sims, etc., are getting closer and closer to final renders. See it all in the weekly livecast and the highlights below, with (of course) a bunch of downloadable extras on the Blender Cloud.

It was a full house for this week’s livecast! In addition to regular attendee Martijn Berger and self-described “Blender groupie” Linda van de Sande, we were joined by well-known Blender developers Jeroen Bakker and Monique Dewanchand (the faces behind the agency At Mind) and animator Nanda van Dijk, who has worked on films such as the Dutch holiday movie Trippel Trappel.

Mathieu has released a new edit for the pilot, not shown during the weekly, but which you can find in his weekly folder on the Cloud. There are a bunch more low-res renders now incorporated (though below you will find links to more recent/polished versions of much of the animation) and the jungle ending has been drastically cut down from the ending proposed a few weeks ago. (This ending is still TBD.)

In that same folder, you will also find an updated version of the trailer (with sound design), which should be finalized with final renders this week.

In addition to polishing shots, Beorn’s week has revolved around 2 things: planning and continuity. In his weekly Cloud folder you’ll find 2 sequences of shots he’s cobbled together (one his work and the other the work of all 3 animators together), a rope glitch he had to fight, as well as his latest planning layout.

Also found in the continuity shot in Beorn’s folder, Sarah worked this week on the “fucking hooves” shot and the first glimpse of part of the sheep flock munching grass as Franck drags the branch by. See a couple versions of each in Sarah’s Cloud folder for this week.

Hjalti has been working on 8 different shots, from polishing off the rope-timer switch to perfecting Victor’s model turn. You’ll find all of these plus some new reference footage for Victor’s backwards walk (which needs to be totally different from his forward walk) in Hjalti’s weekly folder on the Cloud.

There have also been leaps and bounds made in the lighting and sims, not to mention shot-tracking in ATTRACT. Check out Pablo’s ATTRACT screenshots from Monday and Friday to check out how much the team did in a week: 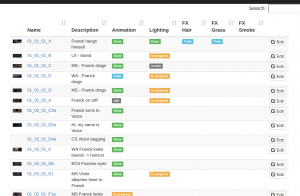 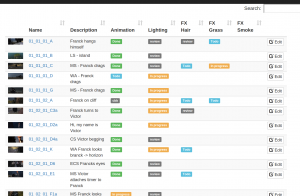 (Pablo also notes that a bunch of the “in progress” shots were actually “in review” by the end of the day Friday.)

The lighting set-up is now officially fixed. Check out 10 more render tests by Pablo on the Cloud (including 2 videos, which feature moving grass and fur sim work from Andy).

Speaking of that fur-sim work… Now that Andy has got the hair sims working properly, he spent the week testing them shot by shot in the Franck animations completed so far. Check out the fur tests compiled into one video here, up to and including the latest renders of Franck running from the storm, and find this and a grass sim test plus an electrifying bug in Andy’s Cloud folder for the week.

(Note: A few last details, such as some more bushes [Manu’s suggestion] and dust and debris being dragged into the storm still to be added to this last shot!)

Manu has also been working on applying the new lighting settings to as many furry Franck shots as possible, as you will see in the reel in his Cloud folder for this week. First he continued his work on lighting the overall island, where he’s deemed the current ocean waves too tiny and is considering going back to a previous ocean model.

But you will also find many more shots in Manu’s lighting reel for the week. Most of which focus on Franck. (Note: When you see a slack face in these animations, it’s because the camera will ultimately cut away to Victor.) Plus, in Manu’s folder, you’ll find 2 more stunning stills.