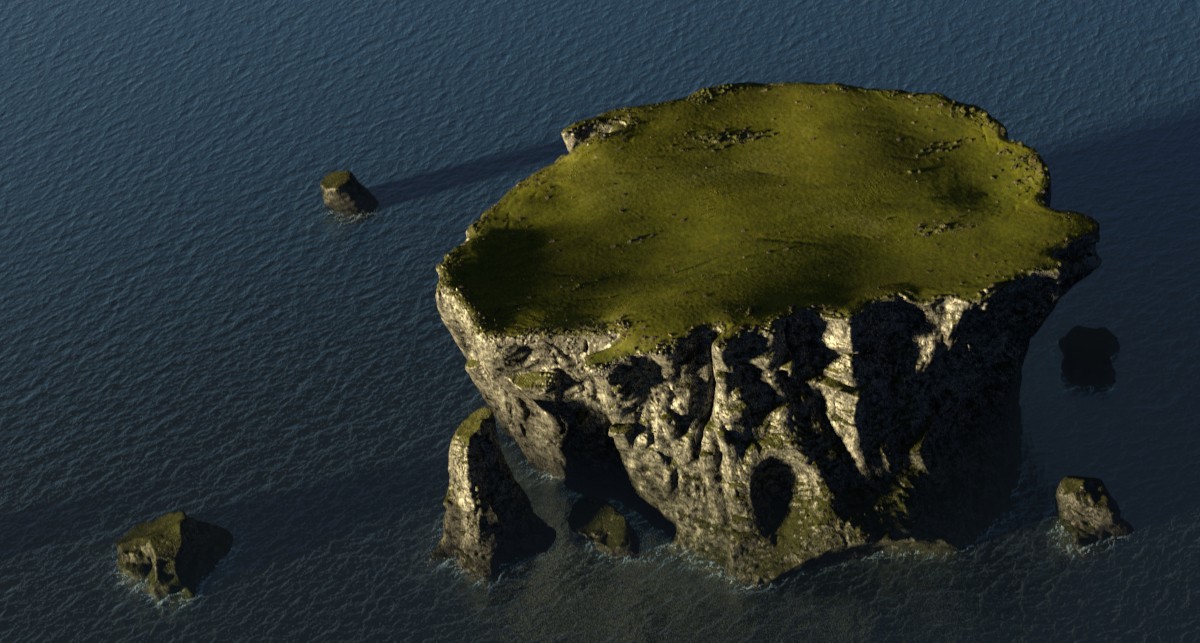 The end of May is upon us, meaning we are just a couple of months from the final release! Check out how the film is shaping up in the weekly livecast recording here and the highlights below.

This week’s guest was Olivier Amrein, a 3D generalist with lots of experience not only using but also teaching Blender. When he’s not traveling the world, he works as a VFX artist at the studio RGB Prod in the Swiss Alps (Sion).

From the Director: A New Edit

Mathieu has created a new edit of the complete film, including a whole bunch of (low-res) renders and a new ending with newly recorded sound effects by Pierre Bokma (aka Franck). Please note that much of the animation being used is not the latest version. See below for that.

The final trailer is in the render process and will be released this week. For now, you’ll find the latest version here.

Onward with the Animations

This week Sarah worked on: Victor introducing himself, Franck sighing and turning around, the fucking hooves shot (a low-res render by Pablo), and a new shot of Franck checking out his timer (which now turns*), focusing especially on continuity. You’ll find it all in her weekly Cloud folder.

*Check out Andy’s weekly Cloud folder for the rig layout. The rig itself is part of Franck’s overall sheep rig, found in the Cloud Repository.

Hjalti has been doing more work on Franck’s run cycle, from Franck first fleeing the approaching storm to him getting sucked up into the tornado. These shots (which you’ll find in his weekly Cloud folder) are all very advanced or final, but that doesn’t mean there weren’t some glitches along the way:

Some final questions still remain for the sequence where Franck gets sucked up into the storm: How should his ears move? What will happen with his fur? Stay tuned in the coming weeks for their resolution.

In addition to these running shots, you’ll find updates to the shots of Franck pulling the branch (Mathieu wanted a touch more sadness, instead of anger, at this point) and Victor walking away (now polished) in Hjalti’s weekly Cloud folder.

Beorn was away for this week’s weekly and will present his new and updated animations at the next.

What do animators look for before they consider a shot final? This week the animators created a PDF pulling together notes from all three animators, the director, and Francesco on all the almost-completed shots as of last Monday. You’ll find this PDF in Sarah’s weekly Blender Cloud folder. This doc is full of mostly easy fixes that are necessary for consistency. Although much of these corrections were implemented by Friday (see the Xs), the redos still created a bit of a headache for the rendering team, who needed to redo some caches. One of the trickiest parts of the project is finding the balance between perfecting the film as much as possible without stirring up extra work that would delay the release!

Manu has continued his work on lighting consistency, generating low-res renders of a bunch of the shots the animators have (nearly) finalized. Check out Manu’s weekly Cloud folder to see them all.

In this folder, you will also find more before and after stills showing the dramatic change a difference in lighting can make, like these: 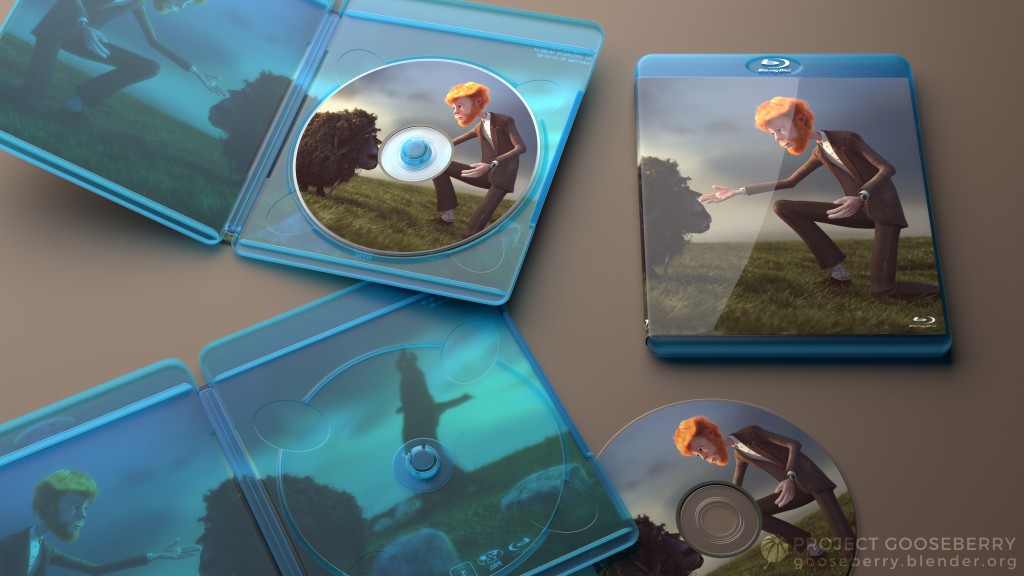 Finally, Manu took some time on Monday to make a 3D model (no, this is not a photo!) of the Cosmos Laundromat Blu-ray case for the Blender Store. On the Cloud you’ll also find a video demoing the model in all its 360 3D glory, as well as the .blend file of the rig he created for it.

Andy has taken over lighting the distance island shot, but he is still working on the waves.

Andy has also been working on the tornado shots again. In addition to this still, in his weekly Cloud folder you’ll find a new render of Franck running from the storm plus a look at all the threads he uses to create the shot above on the massive Intel server.

Pablo and Andy created a new grass sim for when Franck pulls the log (using the final animation by Beorn), which essentially uses modifiers and dynamic paint to hide any grass the log is touching. Listen to Andy’s more technical explanation at 47:09 in the weekly video. You’ll find an animation and rendered animation version of this in Andy’s Cloud folder for the week.

Pablo has also been working on incorporating the lighting and sims into a bunch of other shots, which you will find in his weekly folder on the Cloud. (Including one glitchy shot illustrating exactly why these low-res render tests are needed!)

In the video version of the still just above, you’ll also catch a photobomb by Victor. This will, of course, but offscreen for the final version. But now you guys know it’s there.

The team is ready to soar through another week. Up, up, and away to the Blender Cloud!