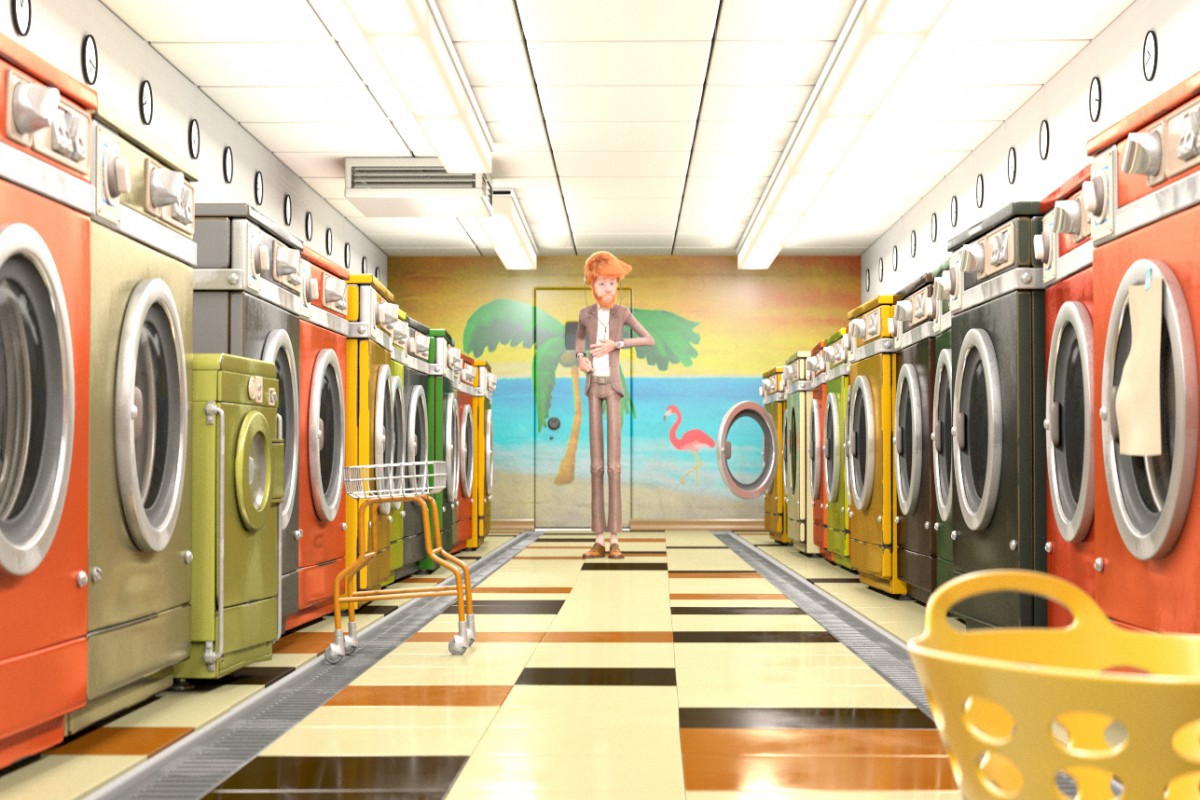 The island is all but complete! Which means it’s time to dive back into the jungle and laundromat. However, there are still lots of island goodies (with MOAR TORNADO) in this week’s Cosmos Laundromat production livecast. Check it out, and the highlights, below.

There was a familiar face for longtime Blender fans at this week’s weekly: animator Jeremy Davidson, best known around these parts for his work on Tears of Steel and Sintel. He and his co-guest, illustrator Sylvie Ashford, are currently stationed in Norway, where Jeremy is working with the studio Fabelfjord as Lead Animator for the short children’s film Dunder.

Hjalti worked on 4 new short shots this week centering on Franck…looking. First, a sequence of three shots from the moment before Franck decides to run. And then this shot, the last look at Franck’s sheepy eyes. You’ll find all 4 in Hjalti’s weekly folder on the Cloud.

These shots by Hjalti plus Sarah’s final animations of Franck checking out his timer, etc., have all been put together in this latest sequence, which you’ll find in Sarah’s Cloud folder for this week. With this, both animators are finished working on the island! 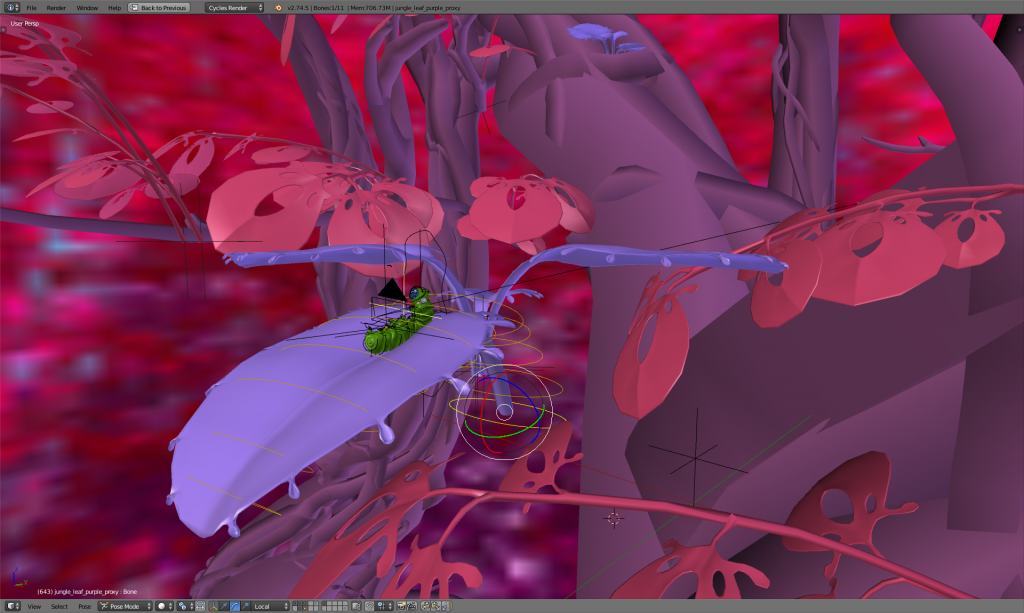 So Sarah has returned to the jungle, first redoing the layout and rigging the leaf Franck wakes up on. Then blocking the early animation for Franck on said leaf. You’ll find both in her Cloud folder for this week.

And Hjalti is back with Victor in the laundromat. With some help from Francesco on digging up those shots he worked on at the beginning of the year, he has been rejigging them to work with the updated character rig and working on progressing them. This sequence, found on the Cloud, is still very much a WIP.

Sarah wrapped up her last sheep-wool sim, for the shot of Franck checking out his timer. The fur intersection issues she solved with a cut modifier…and a little luck with the lighting in the final render.

Remember the rope rage from last week? (That is, the problem of the rope reacting funny with the branch Franck pushes.) Beorn has solved it! Well, he figured out how to use the camera angles to his advantage to cheat it anyway. Visit his weekly Cloud folder to see the result…and how he did it.

Now Beorn moves onto even tougher tasks: a flock of 60 sheep with thick, woolly coats blowing in the wind. In addition to taking about 1.5 hours to render in just preview quality, he needed to divide the data into 3 different files to handle all that hair. Video, of course, on the Cloud.

Speaking of sims, Andy spent the past week+ advancing all the various tornado sims — nailing down the colors, lighting, etc. And adding lightning. Just below you can see his journey through 7 versions of Franck getting sucked into the storm. The moment pictured here, however, as well as the new lightning shots, etc., you will find in Andy’s weekly Cloud folder. Expect the lighting to change a little, and [SPOILER ALERT] for the storm to be more contained before its dramatic emergence when Victor is surrounded by the flock.

Also on the Cloud: two versions of the washing drum emerging from the sky in a cloud of swirling smoke.

Remember the funny pose Sarah made for Franck back in January? Andy’s snagged it for the new splash screen he created for Blender 2.75.

Manu has been make more lighting tests with the finalized animations. Find 5 of them (several with multiple versions) in Manu’s Cloud folder for this week.