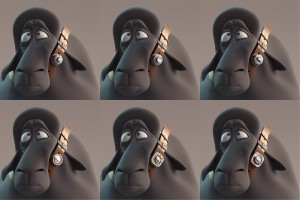 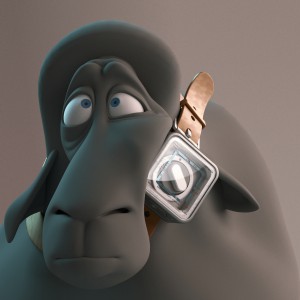 Manu has been experimenting with different versions of the timer Franck wears around his neck to determine how long he spends in each world. (You’ll find a plot synopsis for the pilot and the feature production in The Film.) Look closely and you’ll see he’s pulled them off different styles of washing machines.

Manu also experimented with some early logos and even a neon sign for Cosmos Laundromat.

Sarah’s been playing with Franck’s ears, trying to make them “a little more sheepy.” (The original is on the right.) 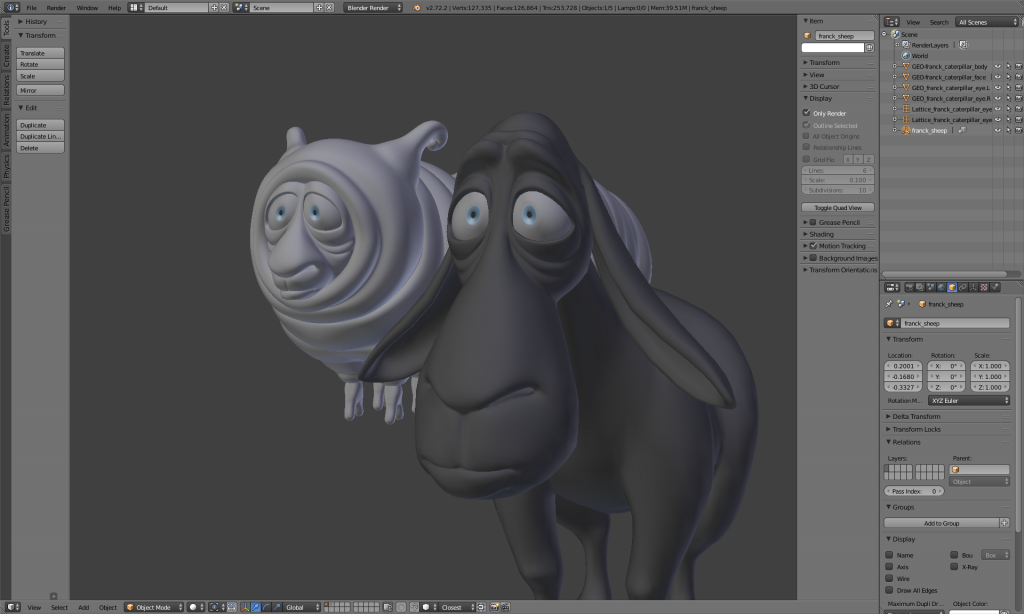 Angela also worked on Franck’s caterpillar face to make sure it matches up with his sheep face. Here’s a side-by-side comparison. Remember those tear-drop eyes…

(BTW, the Blender file of Franck’s rig is available on the Blender Cloud for you to play with yourself! You’ll notice there’s even little controllers for the face…)

Pablo has been toying with the jungle look, adding lighting (sunbeam node) and tweaking the foliage. The hope is to render this whole sequence this week.

Daniel has been experimenting with an easier way to import characters into scenes in Blender. Here’s the video he made to share his findings.

Mathieu experimented with motion capture (moving down a street in Amsterdam) to add a handheld feeling to the opening shot, where Franck drags the log he plans to use to escape his miserable existence across his sheep-filled island. You’ll can find the full 2-minute animatic of this opening layout on the Blender Cloud. (There’s no sound yet, but imagine the mournful sounds of whispering grass and whistling winds to set the mood…)

Hjalti played more with Franck’s falling hijinks, coming up with this complex and amusing but slightly disorienting shot. (You might not want to watch this one if you get motion sick easily!) The shot will be tweaked to keep the bumps and tangles but lose a little of the dizzying effect.

This week Sarah also worked on a layout of the scene toward the end of the pilot where Franck catches up with Tara at the tree tops for a little chat. Since the video of the layout uses some voices from the actor auditions, we can’t share that publicly yet (see below for an update on the voice stuff), but you can find a version of this on the Blender Cloud!

A total of 3-5 minutes has been laid out so far. The plan is to get the whole pilot laid out within a month, but there will be some tricky shots ahead! Next up will likely be the motofly scene. 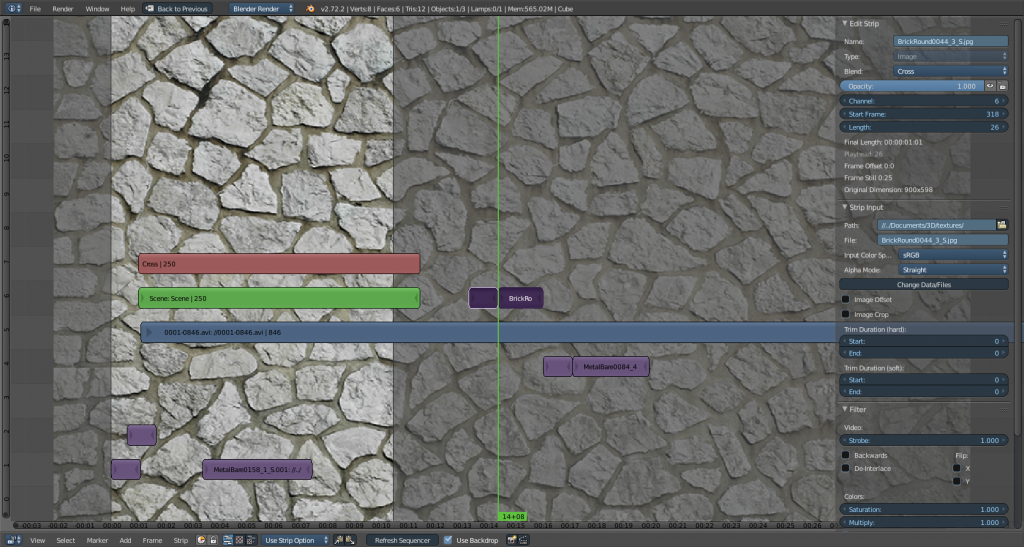 Ton has found a sound studio. The voice-actor contracts aren’t yet finalized, but once they are, expect a full update here. Rather than having the actors record separately, recording will be done with a boom mic so that the actors can move around more naturally and interact with each other. (Rango also did this.) The idea is to inspire more genuine performances than might be possible if you stuck them in private, white-walled chambers. Recording will be done across 2 morning sessions next month.

Team Gooseberry also took a partial-day trip this week to South-East Amsterdam to see Christopher Nolan’s Interstellar in “The Ultimate Movie Experience”: IMAX. We’ll spare you our long and detailed discussions about the plot. No spoiler alerts needed here. ;-)