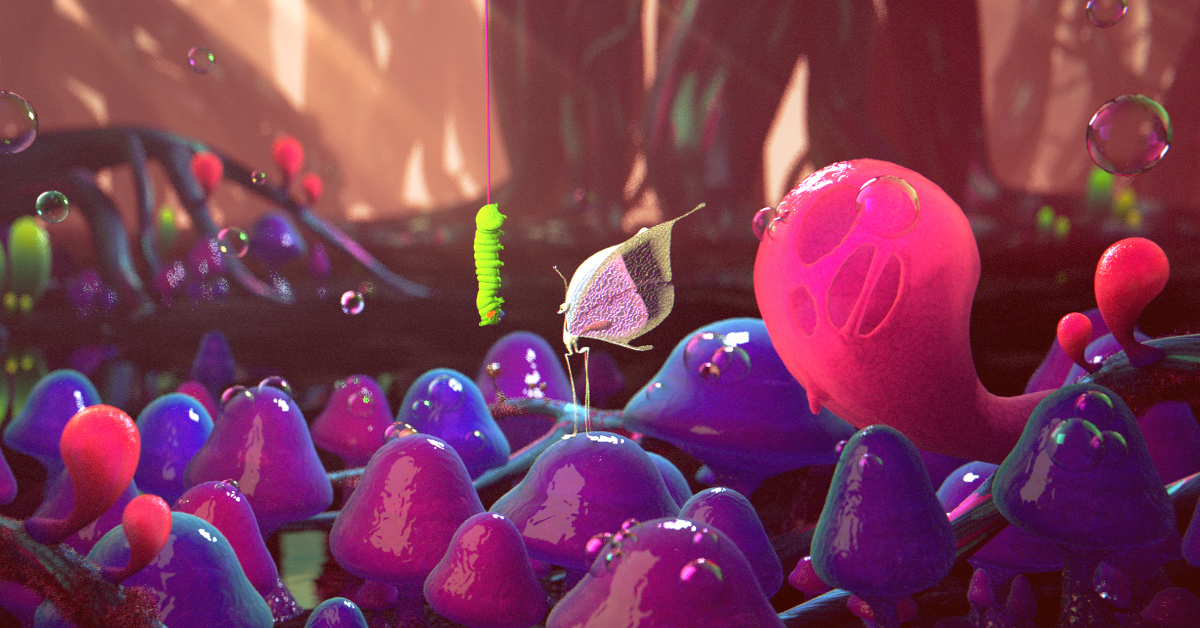 The animatic has changed a LOT since last week. For one thing, it’s now less than 15 minutes. You can see the first 8 minutes in the weekly above, and you’ll find the file itself to watch at your leisure in the Blender Cloud. 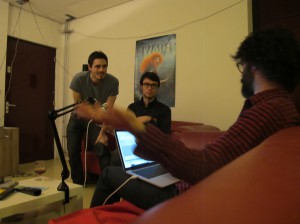 Also updated this week (and not included in this shorter animatic) is the layout for the tricky dragonfly scene, which now more clearly shows that Franck is chasing Tara…and taking control of the erratic beast he’s riding. Hjalti’s latest (non-drug-influenced, YouTubers) sequence is both more coherent and more frantic. Note that there is no camera shake added…the camera is just anchored to the insect. Also note the huge difference in scale between the 10-centimeter characters and the 40-meter trees behind them… See the latest iteration for yourself:

(Still TBD: how exactly Franck gets on the dragonfly in the first place.)

You’ll now find Daniel’s preliminary frog rig (which he calls “Blinky”) in the Cloud! And Daniel also created this “making of” video to share the different tactics he used, the pros and cons of each, and what challenges (like the gaping mouth) still need to be tackled: 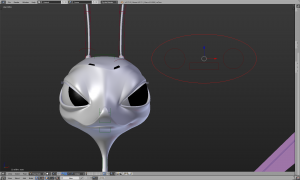 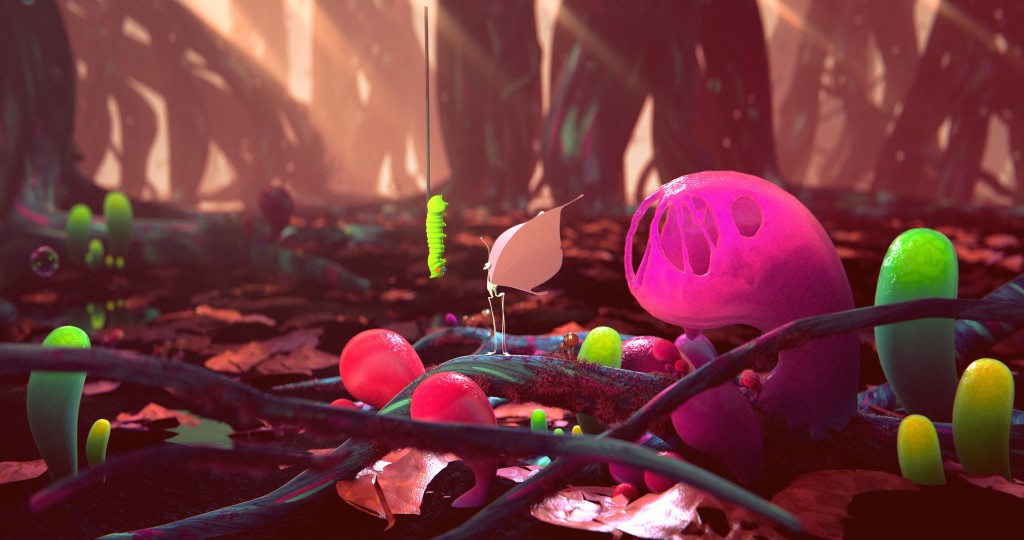 Pablo and Sarah worked on making jungle magic this week, including these two jungle-floor renders by Pablo (using some shaders and mushroom models from Sarah).

While working with the sunbeams node, Pablo uncovered the Bug of the Week…which Lukas of course promptly fixed.

Sarah tweaked the log models you saw in the last weekly. 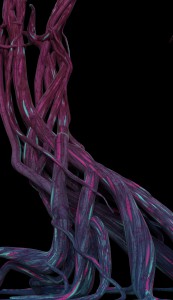 …And the look of the twisted jungle trees.

Mathieu asked for more mushrooms, and Sarah obliged in this final render she made in the wee hours before her vacation began. Now you get that stickiness (and the bubbles) as originally envisoned — but there are still more details to be added! 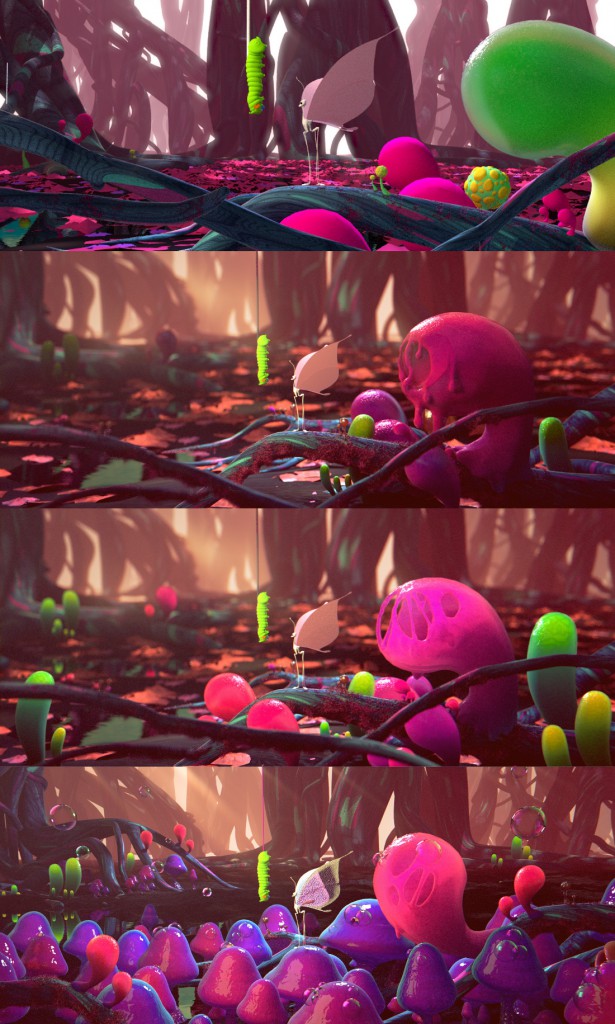 The evolution of a scene, the combined work of Sarah and Pablo. 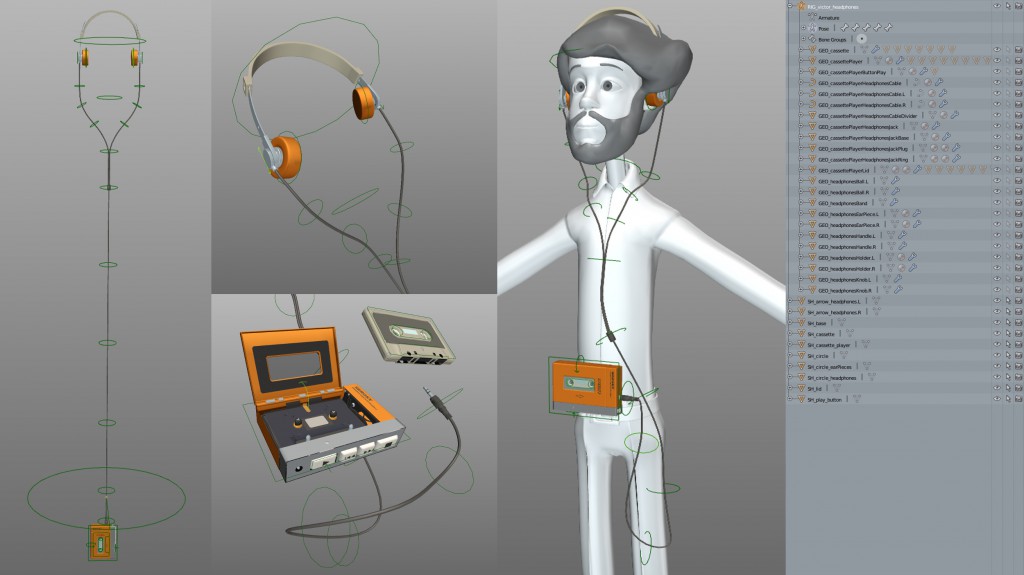 Manu has started working on some simple rigs for the objects he models, like the tape deck you saw last week.

Manu’s next task will be designing Franck’s sheep island. He’s started off by gathering all the imagery of this setting that’s been used so far…and putting together a mood board of real-life examples to match (see the video).